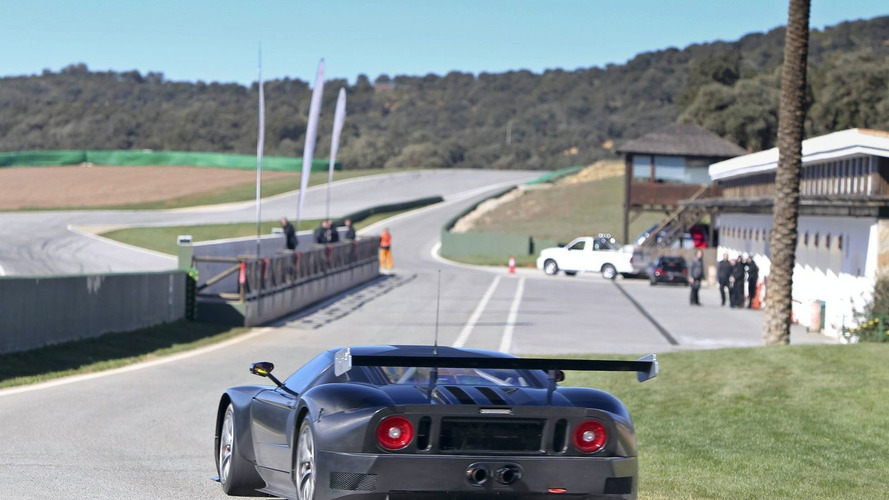 While details are limited, the car is based on the prototype that the Swiss team racing team ran in 2009.

Do you love the Ford GT? Were you bummed because it was never designed to be a real racer? If so, you might want to check out the 2010 Matech GT1.

While details are limited, the car is based on a prototype that the Swiss racing team ran in 2009. According to test driver Thomas Mutsch, "The car is completely new. Not a single element, be it the engine, the transmission system, the suspension or aerodynamics are the same as those of the Ford GT1 from 2009. The roll-out was very promising, and we are confident with regard the forthcoming season."

While the car looks promising, Matech says they will be conducting further testing at the Alcañiz circuit in Spain. Concurrently, the racing team will be evaluating seven potential drivers - Mathias Beche, Yann Zimmer, Borja Garcia, Casper Elgaard, Carlo Van Dam, Natacha Gachnang and Cyndie Allemann. As owner Martin Bartek explained, "Our goal, clearly, is to form two teams that are as strong as possible by giving young drivers, including women, an opportunity to compete. For these tests, they will be driving one of our Ford GT3 cars on which we have removed the ballast and the air-restrictor so that it will handle in a similar way on the track as the GT1."

Look for more information to be released when the car is officially presented to the media on March 1st.  In the meantime, check out the video above aptly titled "Matech Symphony No.1".