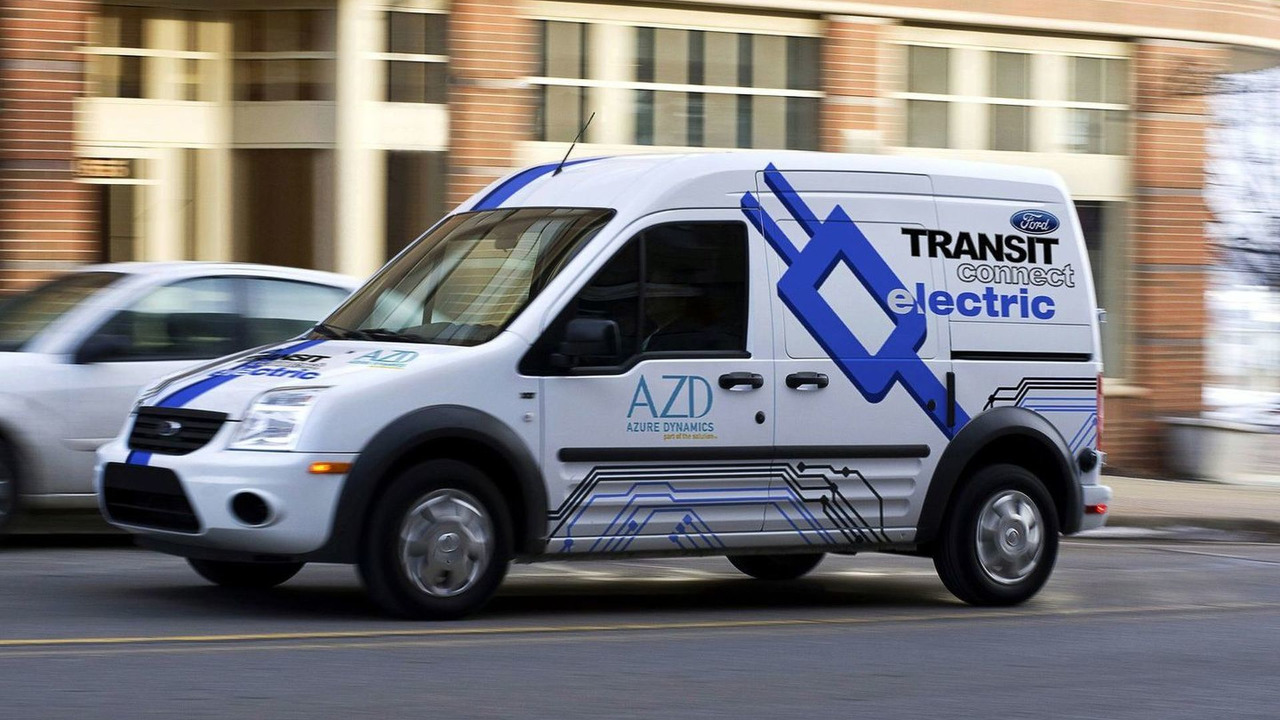 Production of the zero-emissions Ford Transit Connect Electric van begins later this year. It will be follwed by a Focus Electric in 2011.

Ford's Transit Connect Electric will begin production in late 2010, according to the company. Based on the award-winning Transit Connect small van, the Electric version will be powered by advanced lithium-ion battery technology. The zero-emissions vehicle can be recharged using either 240-volt or standard 120-volt power outlets, making potential use universally appealing.

Ford says it is capable of a 121km/h (75mph) top speed, while the range from a full battery is said to be 129km (80 miles). Such a commercial vehicle is suitable for highly predictable, daily routines that include postal runs and other regular deliveries in urban settings.

"Transit Connect Electric exemplifies how we are leveraging our relationships as well as our hybrid and advanced powertrain programs to bring energy-efficient technologies from the laboratory to the street," said Derrick Kuzak, Ford group vice president, Global Product Development. "Not only is this an ideal vehicle for eco-conscious fleet operators, it is an important part of Ford's future."

The Transit Connect Electric will hold the honour of being the Blue Oval's first model to benefit from the company's so-called accelerated electrified vehicle plan. A Focus Electric will follow in 2011, itself followed by a plug-in hybrid vehicle in 2012. That same year a next-generation hybrid Ford will appear.

Utility has not been sacrificed at the eco-altar though. There are 135 cubic feet (3.8 cubic metres) of cargo volume with 59.1 inches (150cm) of floor-to-ceiling load height, power steering, a 39-foot (99cm) curb-to-curb turning circle and split rear cargo doors that open at a standard 180 degrees, or the optionally available 255 degrees.

"With interest in eco-friendly vehicles stronger than ever among commercial and government fleet operators," said Gerry Koss, Ford fleet marketing manager, "the Transit Connect Electric promises to offer another unique solution for their needs."