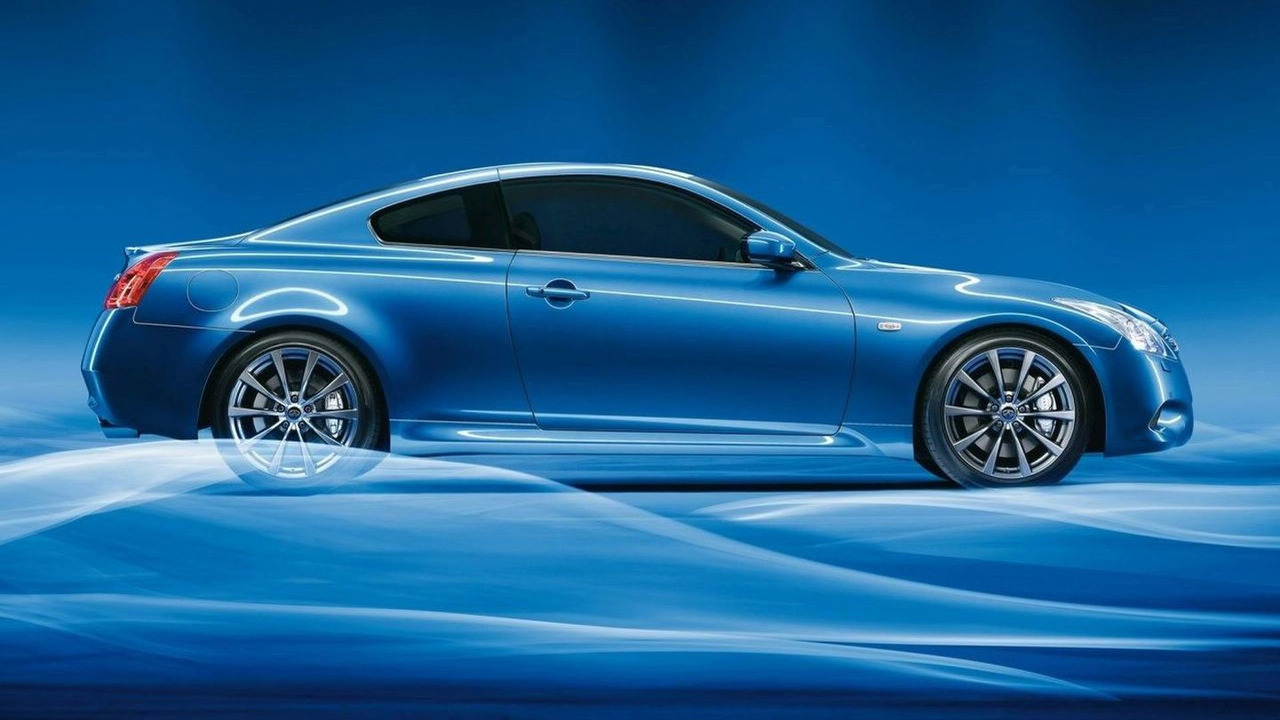 Infiniti have pulled out all the stops to ensure its new range of cars, including the G coupe, have the best possible chance of establishing themselves as a true alternative to the German establishment.

Make no mistake Infiniti is deadly serious about the European market and it is digging its heels in for the long run. Infiniti has long been a by-word for athleticism, luxury and durability in the US and differentiates itself from its Japanese compatriot Lexus, by offering a good dose more sportiness and youthfulness. Expect the European Infinitis to trade heavily on those qualities as Infiniti firmly believe BMW is their closest rival. Consumer tests in the US confirm that many Infiniti products are the equal if not superior product when compared to the Germans.

The G37 coupe was release in the US last year and builds from its G35 coupe predecessor’s sublime styling, taught handling and prodigious power and acceleration. For Europe, like in its sedan counterpart, the 3.7L VQ37VHR V6 is down in numbers from the US spec version in producing only 310ps (ps reads slightly more than a hp). There may be a number of reasons for the detune including emissions improvements, NVH tuning or driveability. Big news for the European spec G coupe is the introduction of a new 7 speed automatic transmission replacing the admittedly very good 5 speed unit. The 7 speeder will continue to use Adaptive Shift Control (ASC) allowing a downshift throttle blips. Much work has been completed on the US spec car to adapt it for European tastes. The cars chassis will have been refined to improve high speed handling due to the higher speeds experienced on some of Europe’s roads.

All versions of G37 Coupe come with Electronic Stability Program (ESP), while a Viscous Limited Slip Differential (VLSD) is included as part of the Sport package.

The interior utilises a traditional “Washi” theme to enhance Infiniti’s Japanese origins. Some of the switchgear and materials used in the interior will have been upgraded to cope with the more discerning European customer. Expect a long list of standard equipment and superb dealer service to complete this true luxury brand alternative.