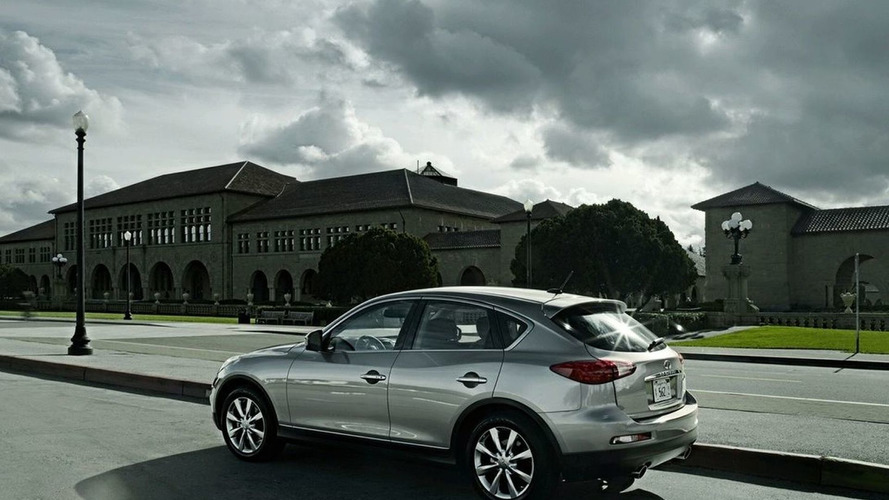 Svelte EX37 crossover to take on the German establishment with its strong performance, beautiful looks and sumptuous interior

Arguably the most striking vehicle in Infiniti’s range, the EX crossover is set for European launch with a bigger 3.7L engine to form the EX37.

Not up for argument is the fact that the EX is the newest design for Infiniti having only been launched stateside in August last year, albeit with a 3.5L engine. The cross over market continues to blossom irrespective of current public awareness with regards to the environment and global warming. If we are going to have these large crossover vehicles at least this one is beautiful to behold. Taking styling cues from its soon to be replaced FX big brother, the EX combines these cues with the lithe like silhouette of the G coupe overall creating a vehicle that truly lives up to it’s crossover tag.

As with the G series vehicles bound for Europe, the EX benefits from the larger 3.7L VQ37VHR V6 which in Euro tune produces 310ps and 350Nm of torque. The European EX also out-specs its US equivalent in providing a new 7 speed automatic transmission, although we expect this unit to be introduced throughout the whole Infiniti range eventually. The powerplant hooks up to a standard all wheel drive system for extra security. There is no diesel option at launch which will hurt sales volumes initially but Infiniti will be working feverishly to remedy this.

Unique to the EX is its “Around View Monitoring” system which gives the driver a bird’s eye view of the vehicle when it is being parked. If you still end up bumping your EX when parking, the magic “Scratch Shield” paintwork will heal itself!

The EX will have truly been produced as a global car in that Infiniti will have known it was heading for Korea, Russia, the Middle East and Europe when it was designing this car. As a result there should be no compromise in its design, and with the exception of not yet having a diesel option, it appears on paper at least that this is the case.