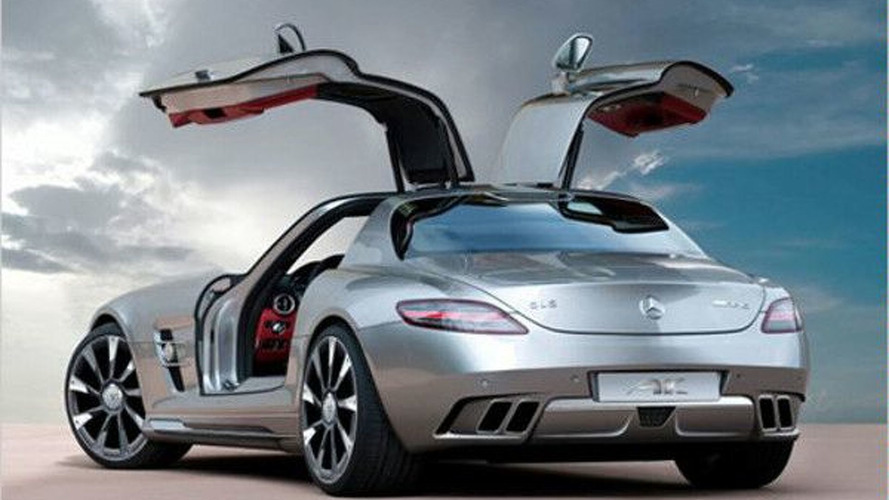 We have new renderings of a proposed package for the Mercedes-Benz SLS AMG. Pics and details inside.

When former Lorinser tuner Adolf Koch hit retirement age, he knew he still desired to be creative.  That's why at 65-years-old, and after 47 years with Lorinser, he chose to form his own company.

His newest design is a proposal for the Mercedes-Benz SLS AMG.  As seen in these renderings, the package begins at the front with a new grille with black honeycomb elements.  This is also reflected nicely in the new bumper at the air inlets.  The suggested new sidesills look nicer than stock, and flow better with the look up front.

The new rear bumper incorporates quad tailpies instead of dual pipes, and replaces the rear diffuser.  About the only thing not likable on the car are the wheels.

We expect to see more work from Koch in the near future as well as a Geneva debut for the SLS.