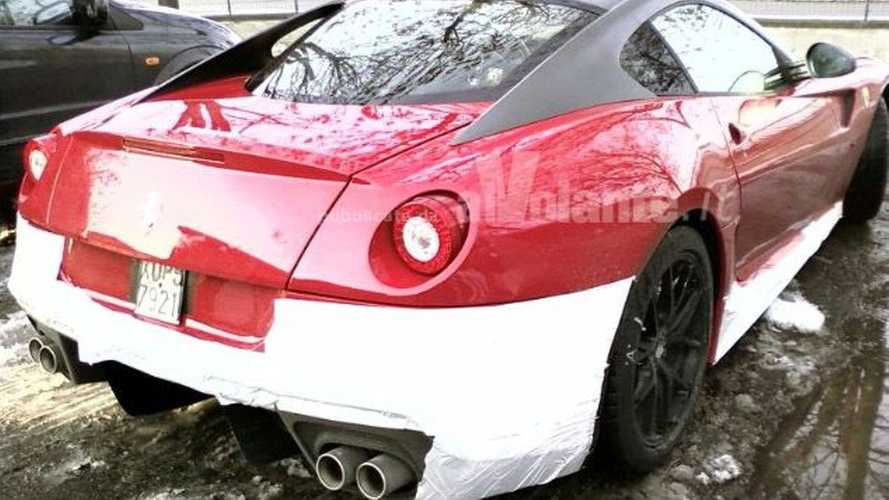 These spy pictures reveal the upcoming hardcore Ferrari 599 GTO while it parked in Italy. Rumours suggest a 700hp mill under the bonnet.

Rumors of a hardcore Ferrari 599 GTO now appear to be cemented into truth by the appearance of these spy pictures. The last Ferrari GTO (Gran Turismo Omologata) model was the 288 GTO of 1984 and only 272 units were produced. Disguises include some camouflage on the sills and the bumpers, as well as 599XX-like roof elements.