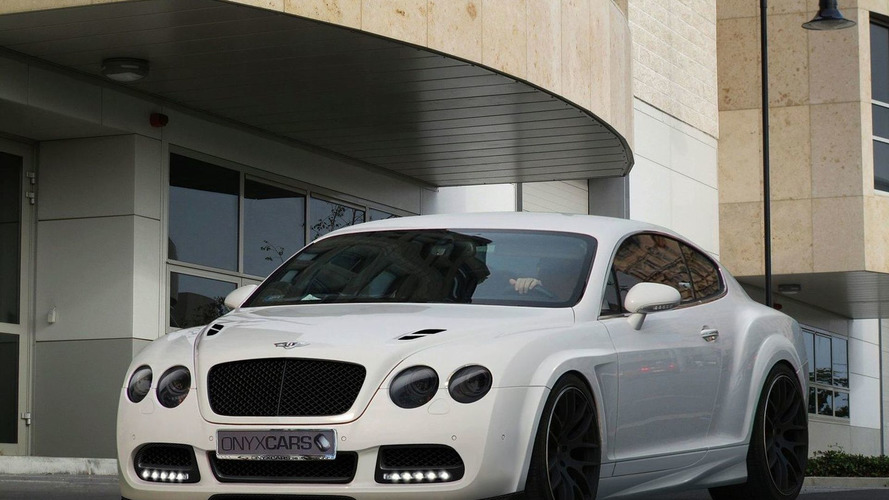 A new kit from Onyx Concept greatly changes the look of the Bentley Continental GT... but is it for the better? Find out inside.

Changes have been made to the car's front bumper, which now includes carbon fiber modifications.  They also installed LED daytime runners, as well as a front carbon fiber splitter.  The new arches widen the cars stance, and match the new sidesills.

In back, a new rear bumper with carbon diffuser has been installed.  The carbon decklid spoiler matches the diffuser, but would look nicer if it matched the car's body colour.

Suspension on the car has been lowered with new 22-inch matte black wheels also included.  This looks to offer little-to-no clearance should the car hit a hard bump.

According to the company, the Onyx Bentley Continental Platinum GTO package should be available in March.