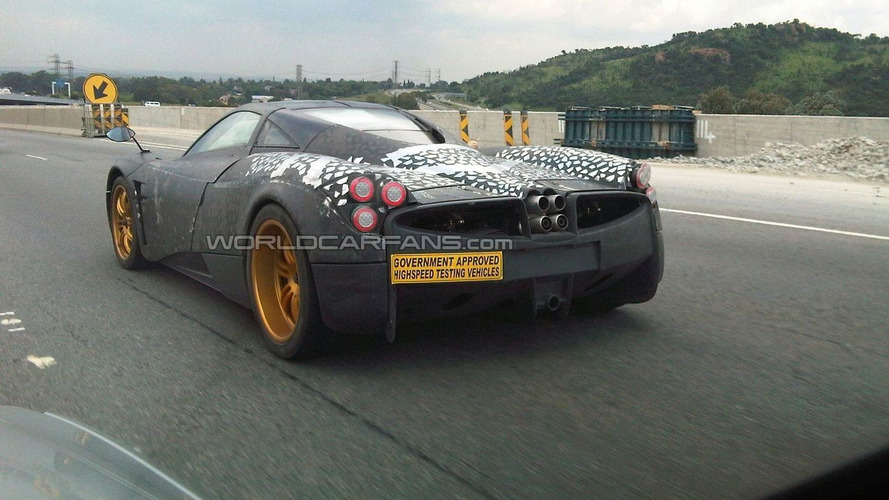 We have stunning exclusive photos of two Pagani C9 prototypes recently tested in South Africa. The new photos, and details, inside.

An astute WCF reader spotted two Pagani C9 prototypes undergoing testing in Johannesburg, South Africa.  Although we saw one of the cars in photos that surfaced last week, the other car has decidedly different back end elements.

WCF Social member Chetan spotted the car last month, snapped a few pictures and sent them in.  He says the two Pagani test vehicles were being chased by two Mercedes SLS models at the time, but unabale to get photos.

The Pagani C9 we told you about last week is the vehicle with two tailpipes, one on either side of the number plate.  This car appears to use much of the body from the Zonda F.  The second car has a different rear, seemingly inspired by the Zonda R in its design.  This car keeps the typical Pagani quad tailpipe configuration in the center, though it also appears to have holes drilled for a dual pipe setup.

This second vehicle has a brand new light cluster at the back, with three lights in a triangular arrangement, versus a straight line.  It also has smaller front wheel arches, different body elements after the b-pillar, and no spoiler.

The Pagani C9 is expected to come with a €900,000 price tag when it is released.  It should go on sale before year-end.