Clipsal 500 V8 Supercar Round Up 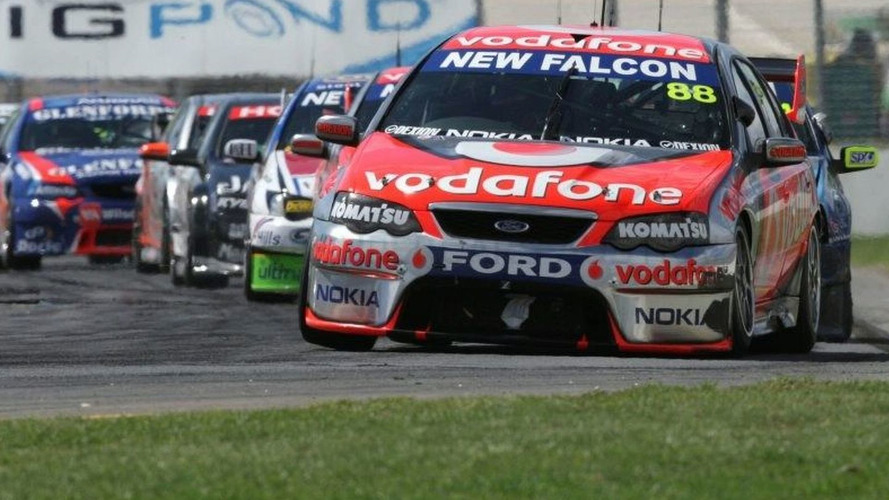 Jamie Whincup dominated last weekends Clipsal 500 V8 Supercar round in his 600hp V8 Falcon racecar. Next round is Eastern Creek on the 7th to the 9th of March.

The opening round of the exhilarating Australian V8 Supercar series, the Clipsal 500, has gone to speedy Ford driver Jamie Whincup.

Whincup wrestled his 600+hp Ford Falcon around the streets of Adelaide to come out on top and avoided much of the weekend’s carnage that was behind him. Only nineteen of the twenty eight starters managed to cross the finish line and the race had to be restarted seven times due to the various altercations throughout the day.

Second position was filled by Gary Rogers Motorsport’s Lee Holdsworth in his V8 Holden Commodore. Cameron McConville’s Team WOW Holden came in a solid third which was his first podium finish since the 2004 season. It was made even more impressive by the fact that McConville started the final heat from last position.

The Clipsal 500 is split into two 250km races, one of which is run on the Saturday and the other on the Sunday. Whincup dominated both events being fastest in practice and qualifying and more importantly leading both races to the chequered flag.

It all bodes well for the next thunderous round of the Australian V8 Supercar series which will be held at Eastern Creek Raceway in Sydney on the 7th to the 9th of March.

Gallery: Clipsal 500 V8 Supercar Round Up