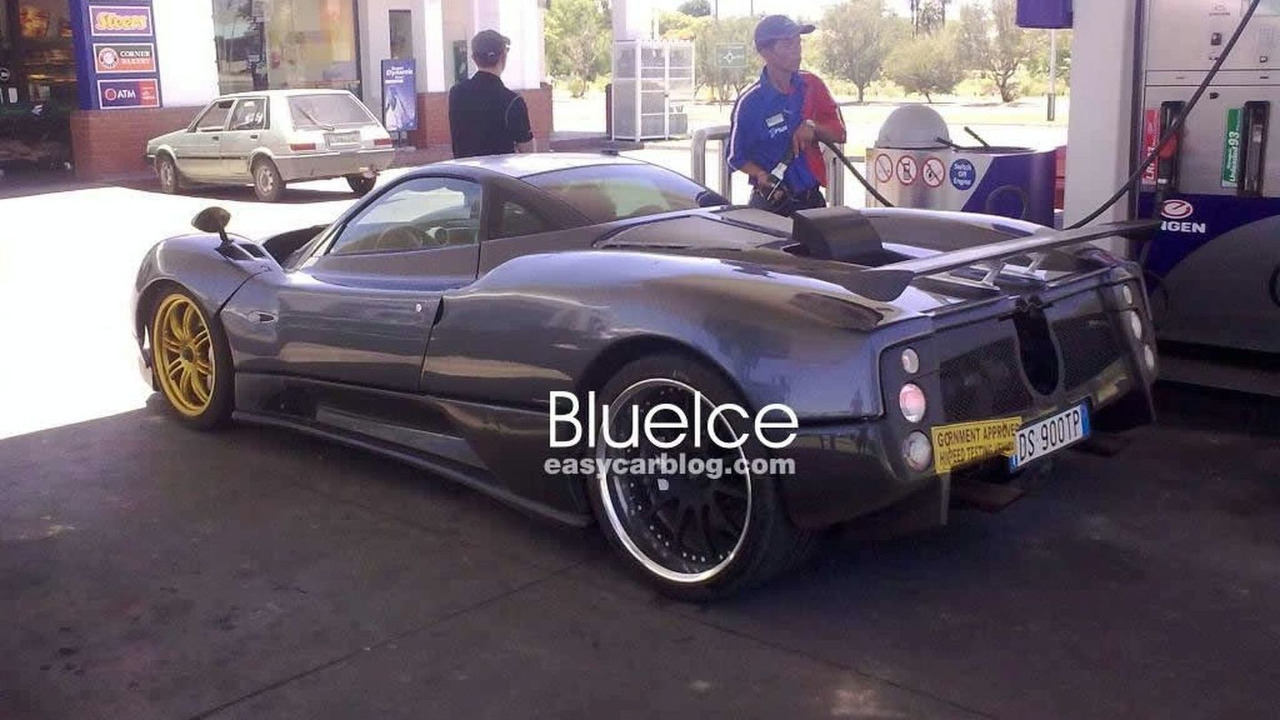 We have details of new photos featuring a Pagani C9 prototype testing in South Africa. The story inside.

Spy photos of a Pagani C9 prototype have surfaced on EasyCarBlog.com.  The photos show the vehicle while testing in Upington, South Africa.  Set near the Kalahari desert, the vehicle is being put through the paces in hot weather conditions reaching almost 39°C/102°F.

The mule is clearly a Pagani, possibly in the body of a Zonda F, with large wheel arches, arch-mounted side mirrors, split headlights, and an F1-style nose.  Seemingly temporary dual tailpipes near the license plate replace the Zonda's center mounted quad pipes.  It will be fitted with a carbon-titanium chassis, amongst 3,770 newly developed parts.

Annual production of the car should be kept at 40 units.  The Pagani C9 is poised to replace the Pagani Zonda when it launches later this year with a €900,000 price tag.

More photos of the car can be seen on EasyCarBlog.