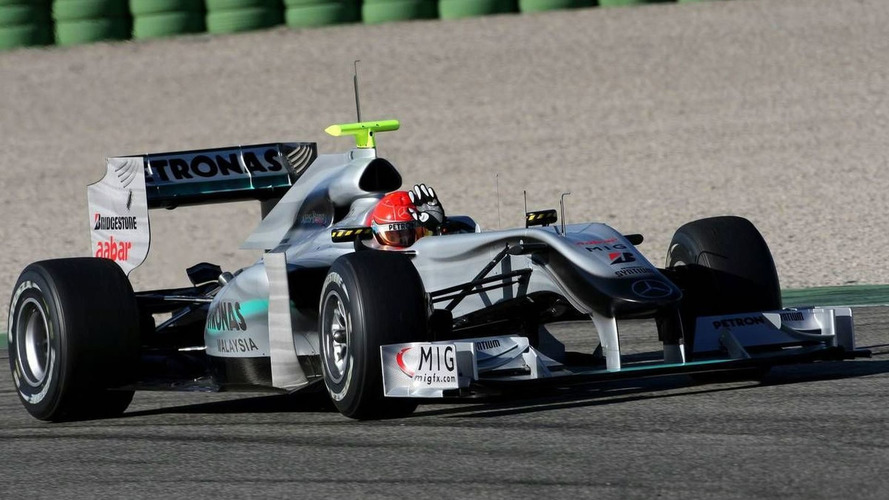 Key figures of the Mercedes GP team have admitted they have work to do to bring the new W01 car up to speed.

Key figures of the Mercedes GP team have admitted they have work to do to bring the new W01 car up to speed.

"I think we are behind somewhat," Michael Schumacher told Germany's Bild newspaper, after achieving the third best time on the final day of the opening test of the pre-season.

But a list of combined best lap times from the Ricardo Tormo circuit showed that the German, albeit quicker than his teammate Nico Rosberg, was just the seventh fastest driver in Spain.

"I do not assume that we are equal to the fastest ones or ready to win the first race, but that is not important. What is important is to be able to achieve good points from the beginning and then to develop well," added the 41-year-old German.

Mercedes' Norbert Haug said: "Our speed could be better, but everything is in the right direction.

"There are still more than four weeks until the first race and our car is going to change greatly," said the German.

Team boss Ross Brawn, pointing to handling imbalances, admitted to the BBC that the W01 is "a little bit off on pace".

The W01 also had several cracked exhausts replaced at Valencia, and on Wednesday Schumacher's test ended with an hydraulic leak.

"We are not as quick as Ferrari and Lewis (Hamilton) looked quick so it looks like we've got a bit of work to do," Brawn added.