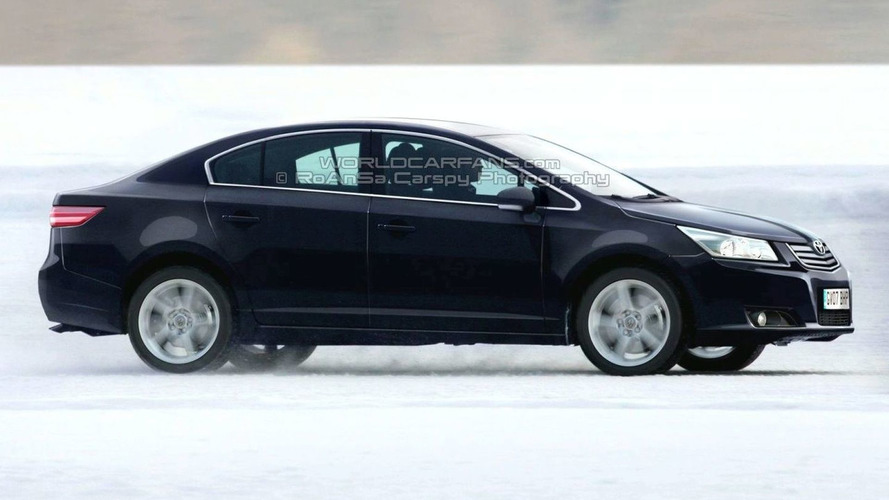 Our spy photographers have caught these early images of the upcoming 2010 model year Toyota Avensis undergoing winter testing in Scandinavia.

Our spy photographers have caught these early images of the upcoming 2010 model year Toyota Avensis undergoing winter testing in Scandinavia. Less than two months ago we showed you the first pictures of the Avensis sedan and the Avensis wagon, scheduled to be released six months after the sedan. Don't mark your calendar just yet, but Toyota could very well launch the third-generation Avensis at the 2009 Geneva Motor Show in one year's time. Since its launch in 2003, the second-generation Avensis has fetched the European Car of the Year award in 2004 and racked up sales of 156,000 units in 2005 alone. The current Avensis received its mid-product life cycle facelift at the Madrid Motor Show in 2006.

But given the fierce competition the Avensis is facing in the up-market medium-sized car market from e.g. the Mazda 6, Toyota is in the process of updating the Avensis range, with reportedly a hybrid, all-wheel drive and diesel hybrid models being available by 2010. Interestingly, the word is that the new Avensis will feature a high mounted gear lever, familiar to those who've driven the Toyota Auris or why not the previous Honda Civic Type-R.