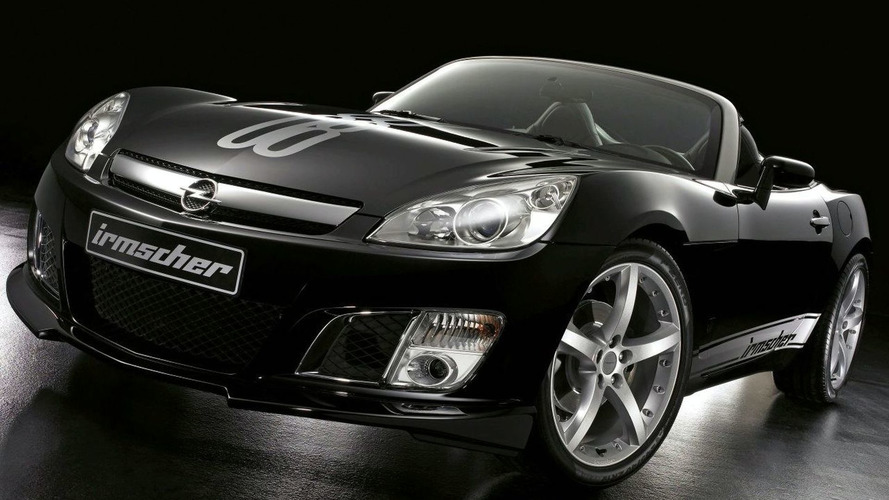 To outshine the 300+ km/h Vectra that it produced for the company's 35th anniversary in 2003, Irmscher has decided to over the top with the GT i40.

When the Remshalden-based Opel connoisseurs at Irmscher launched their 315 bhp impression of the 1,335 kg (2,940 lbs) Opel GT last summer, we thought it was pretty darn good. Power from the 2.0-litre four-cylinder turbo had been hiked up another 60 hp from the standard GT roadster, delivering a sub-6 second sprint to 100km/h.

To celebrate its 40 year journey, Irmscher, founded by Gunther Irmscher in 1968 and currently headed by Gunter Irmscher Jr. has put out a vehicle "for the true connoisseur." To outshine the 300+ km/h Vectra that it produced for the company's 35th anniversary in 2003, Irmscher has decided to go over the top with the GT i40. Instead of relying on Opel's Ecotec fourpot, Irmscher has gone down an entirely different route with the power plant, by picking up a 6.0-litre V8 and shoehorning it into the GT. Not a measly V6, but a proper 480 hp V8, which should be enough to blow your trousers off! For more information, see the press release below.

If you're heading to the Geneva Motor Show, opening to the public on March 6, 2008, be sure not the miss the Irmscher Opel GT i40 at Irmscher's stand in Hall 2.