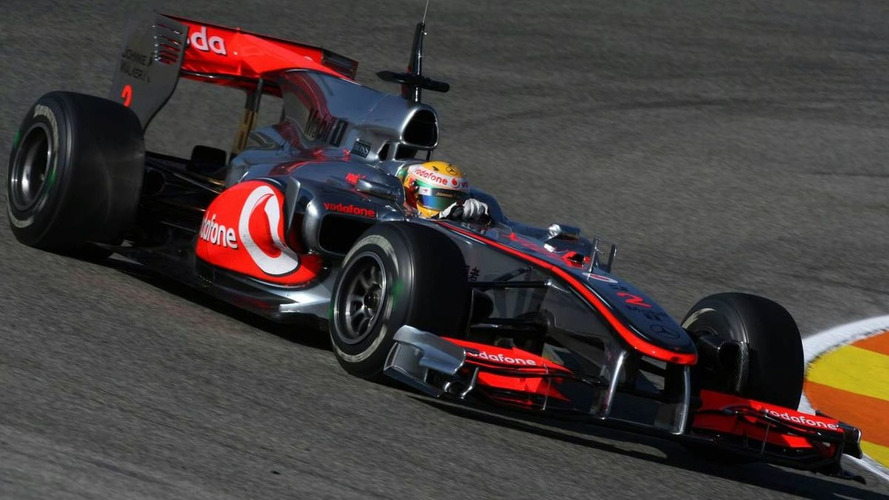 Lewis Hamilton on Tuesday sounded positive after his first day at the wheel of the 2010 McLaren.

Lewis Hamilton on Tuesday sounded positive after his first day at the wheel of the 2010 McLaren.

After Gary Paffett gave the MP4-25 its track debut at Valencia on Monday, 2008 world champion Hamilton had his turn on Tuesday and lapped much quicker.

The 25-year-old ended the day third quickest overall, remarking that the car felt like a "huge improvement" and "night and day" compared to the 2009 machine.

The Briton, to be replaced at the wheel for the final day by his new teammate Jenson Button, would not be drawn on the likely pecking order this year, but said McLaren's engineers had succeeded in ironing out the problems of 2009.

Meanwhile, Renault said Robert Kubica officially experienced "no problems" on Tuesday, but the Pole's day ended when the new R30 stopped on the pit straight.