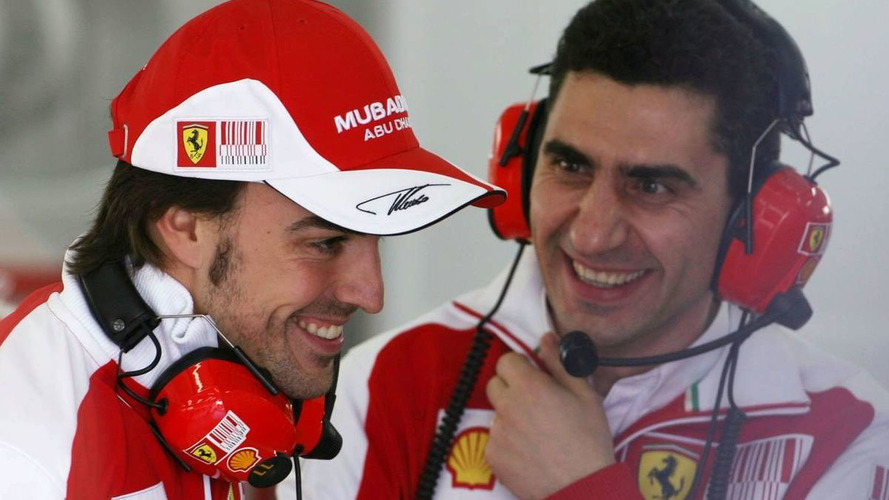 After Felipe Massa's two days at the wheel of the new Ferrari, Spaniard Alonso, 28, is scheduled to take over for the final day of the test on Wednesday.

The double world champion, having switched to the famous Italian team from Renault, was spotted in conversation with fellow team members in the Ferrari garage.

After achieving the quickest time on Monday, Alonso's teammate Massa maintained his strong form throughout Tuesday, Ferrari remarking that he was "extremely satisfied with the car's setup and the tyres' grip".