Barrichello's advice to Rosberg: 'Get out of there' 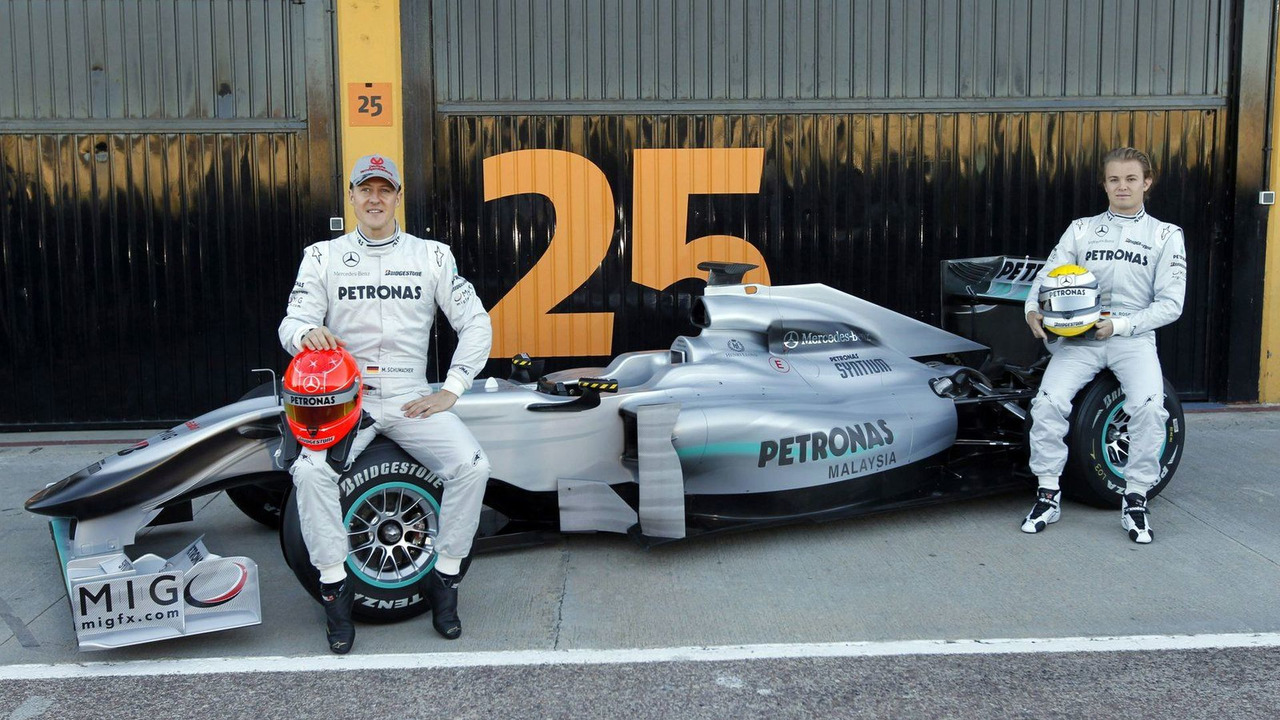 With tongue planted firmly in cheek but with approaching two decades of experience behind him, Rubens Barrichello knew his comment would make headlines.

With tongue planted firmly in cheek but with approaching two decades of experience behind him, Rubens Barrichello knew his comment would make headlines.

Asked by reporters at Valencia if he had any advise for Nico Rosberg, the Brazilian smiled: "Yeah. Get out of there. That is the only thing I can tell him."

Barrichello, 37, spent six seasons as Michael Schumacher's subordinate teammate at Ferrari, and sympathises with young German Rosberg, who will drive the sister Mercedes W01 in 2010.

"I am not being bad (negative) about it," the veteran of a record 288 grands prix said on Monday, after testing the new Williams FW32 at the same Spanish circuit as Schumacher and Rosberg.

"Knowing what I know, and seeing how fast Michael went today, it is going to be a tough job (for Rosberg). I wish him all the best because I think he is a talented boy who can be world champion," Barrichello added.

Despite debuting in Schumacher's last season in 2006, Rosberg, 24, was quoted by Germany's Auto Motor und Sport at being taken aback by the media on Monday.

"In the morning at the launch, 100 cameras were on Michael and only one on me," said the former Williams driver.

"I will get used to it and I understand it, and I am a racing driver. How many cameras there are for me is not important," added Rosberg.

Gallery: Barrichello's advice to Rosberg: 'Get out of there'