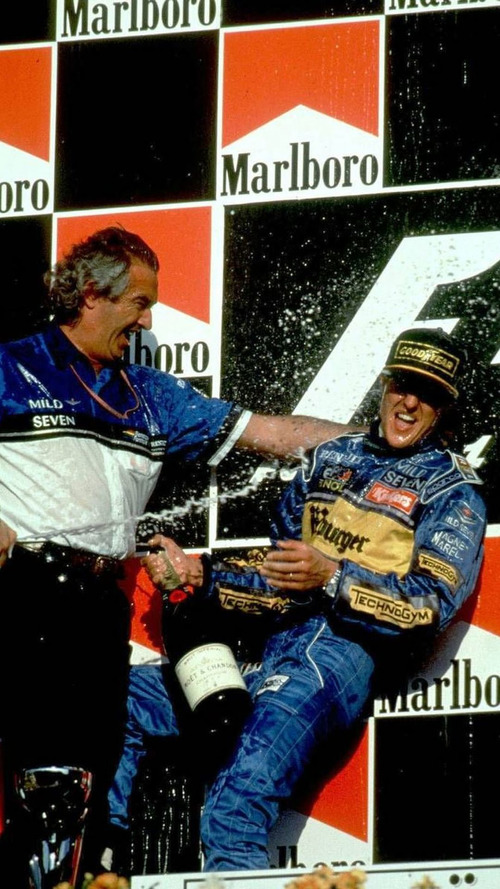 F1 has turned to Michael Schumacher for additional motivation in 2010, according to exiled former team boss Flavio Briatore.

F1 has turned to Michael Schumacher for additional motivation in 2010, according to exiled former team boss Flavio Briatore.

Despite overturning his FIA ban in the wake of the crashgate scandal, the 59-year-old Italian has said he is unlikely to ever return to the pitwall.

"Michael will have to work hard," said Briatore on Monday, as huge scrums of reporters and photographers chased the 41-year-old German around the Valencia test circuit.

"His comeback has given formula one a new motivation," he told Rai Radio 1.

"If Schumacher is not competitive, it will be a disaster," Briatore added.

Briatore, who ran the Benetton team in the mid 90s where Schumacher won his first two titles, said he is not so sure the German will be able to resume where he left his last championship contest in 2006.

"It's not his 41 years, but the three years he was away from formula one. And you don't race faster if you colour your hair," said the Italian, referring to Schumacher's frank admission in a German newspaper this week.

Briatore also seemed to agree with a hostile Italian media contingent that has branded Schumacher's switch from Ferrari to Mercedes as an act of betrayal.

"Schumacher wanted to return with Ferrari but did not have the chance. It then came to this inelegant betrayal.

"He is like any other: he talks, but when it comes to actions it is according to his personal interest."

Briatore predicted Red Bull-Ferrari-McLaren-Mercedes as the likely pecking order in 2010, and slammed the typical grand prix as "boring".