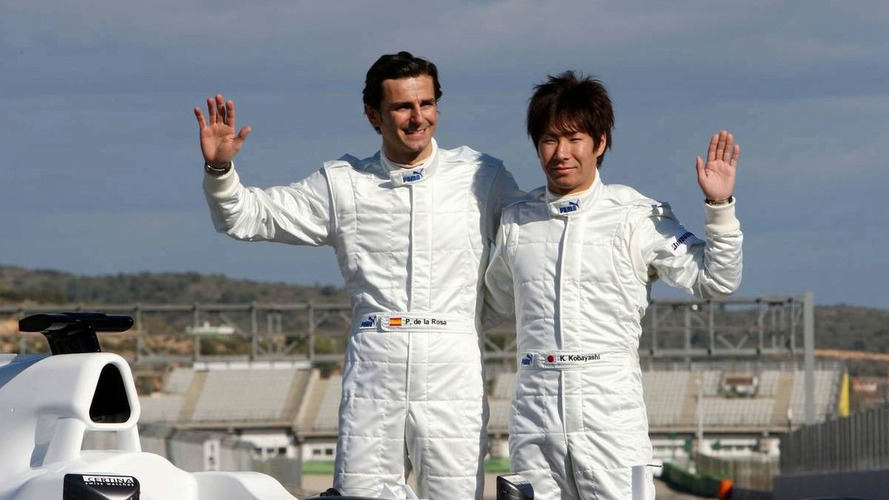 Despite sticking with an unchanged official team name BMW Sauber F1 Team, resulting in the awkward FIA designation 'BMW Sauber-Ferrari', it was decided on Monday that the Hinwil based team should not receive the numbers 9 and 10.

Given Toyota's withdrawal and the fact that BMW-Sauber finished 2009 in sixth place, those numbers should in theory have been awarded to Sauber this year.

But at the end of November, prior to Peter Sauber's takeover, the FIA issued an entry list that did not feature the Swiss team.

Moreover, giving 9 and 10 at short notice to Sauber would have also resulted in altered race numbers for Renault, Force India, Toro Rosso and all four of F1's new teams.

Rubens Barrichello's Williams FW32 at Valencia on Monday was already sporting the number 9.

The issue was discussed at Monday's Paris meeting of the F1 Commission.

The Swiss newspaper Blick reported afterwards that Kamui Kobayashi will wear the number 26 in 2010, with Pedro de la Rosa to use the highest number in the field (27).

Blick also said the tweaked points system, with winners receiving 25 points in 2010 compared to 18 points for second place, was approved.