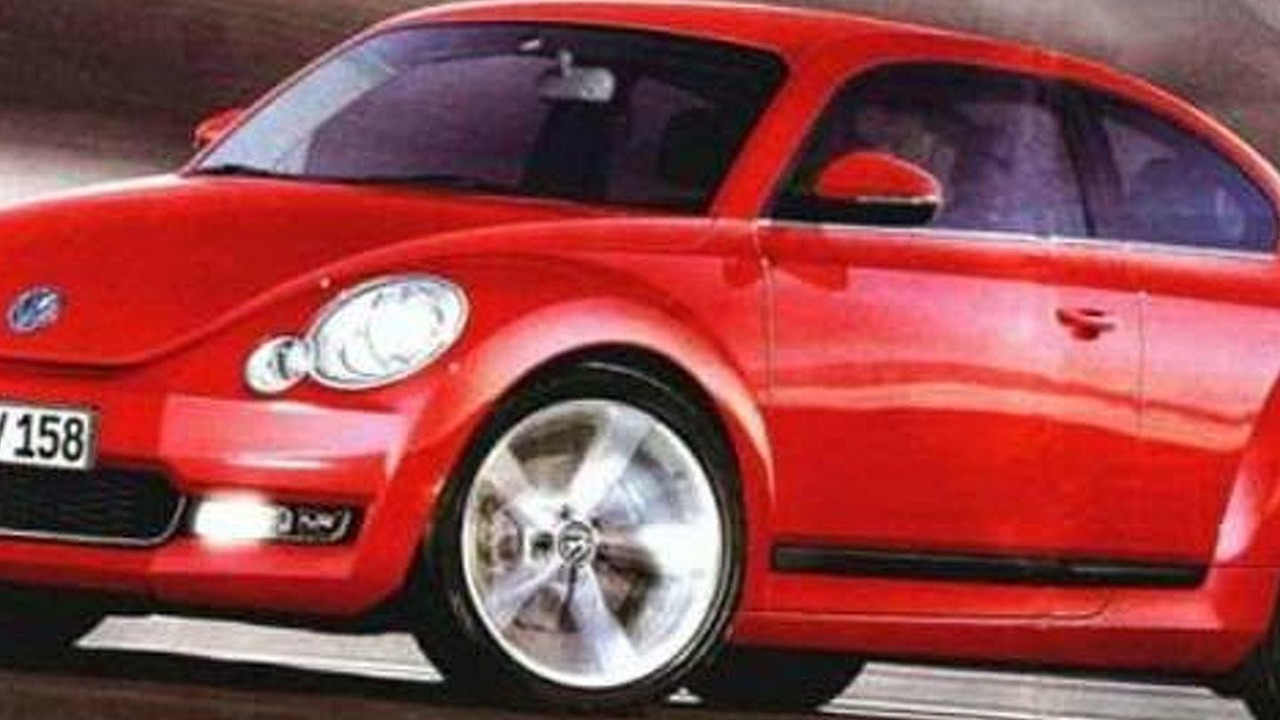 The second-generation New Beetle has been rendered ahead of its 2012 launch. Growing significantly in interior space, the Beetle will also grow its range and could include a hot R model.

Volkswagen is preparing the next-generation New Beetle for a 2012 debut. These renderings depict what the car with the iconic name could look like in its final form. Although the New Beetle used this name in many markets around the world, reports suggest that it will lose the "New" prefix and return to being just a Beetle.

The car will gain quite a notable amount of interior space, especially at the rear. It will be bigger both inside and outside, and feature LED technology in the front and rear exterior lights clusters. Muscular wheel arches will underscore its intentions of attracting a younger, feistier set. Moreover an eco-friendly BlueMotion and a hot R version could be added to the range for the first time.  Although an R version leaves us skeptical, the recent announcement of a new VW performance orientated R division could make it reality.