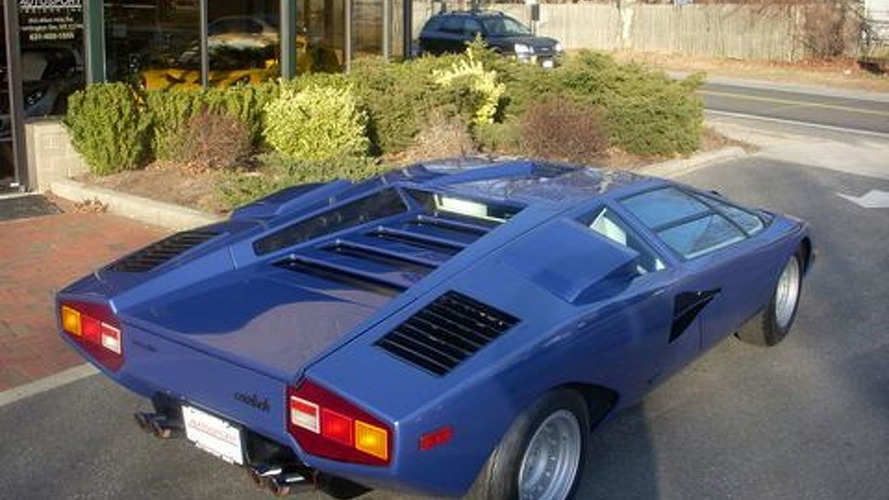 A beautiful Lamborghini LP400 Countach has gone on sale in New York, and the car is stunning. Is it worth $400k? Photos and details inside.

A somewhat rare Lamborghini LP400 has been put up for sale in Huntington Station, New York.  The car, painted in Tahiti Blue with Blue/White leather interior, has been listed at $395,000.

After its debut as the prototype LP500 at the 1971 Geneva Motor Show, and its production-spec debut two years later, Lamborghini produced 150 units of the supercar.  Assembly halted in 1978 when the LP400S came on the market.

Typically, the car would be valued around $80,000, according to several Lamborghini enthusiast websites.  However, this car has been thoroughly restored outside and inside over two years.  It has won multiple class trophies at the Pebble Beach Concours d'Elegance.

Nicknamed "Periscopo," for its periscope-style rear mirror, the LP400 was the first in the company's 26-year history of Countach production.  The car is being sold by Autosport Designs/Lotus Motorcars of Long Island.