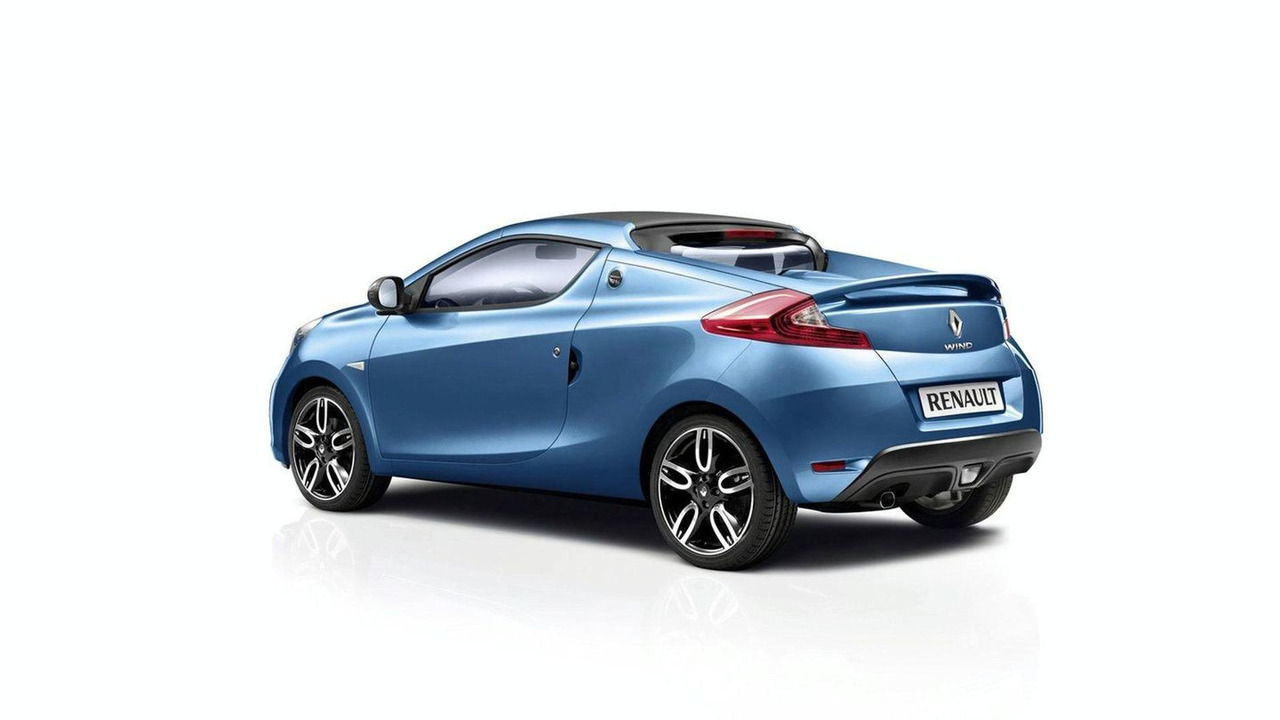 A new two-seater from Renault, called the Wind, will be one of two coupe-convertible cars introduced at Geneva. Photos and details inside.

Renault will introduce a new coupe-convertible at the Geneva Motor Show, and we don't mean the Megane CC.  The two-seat Renault Wind, roughly the same size as the outgoing Peugeot 206CC, will join the four-seat Megane drop-top when they are introduced side-by-side next month.

Sales of the Wind could begin before the summer starts.  Autocar is reporting that the Wind will be launched with the 100-horsepower 1.2-liter engine from the Twingo GT, and the 1.6-liter 133-horsepower engine from the Renaultsport Twingo.  Front-end styling will be similar to the Twingo, but different.  The car has a new bumper, and a recessed hood.

It has a roof that folds to an open position in 12 seconds.  The luggage compartment will remain the same size, at 270 liters, and will not be disturbed by the top.  This is quite a bit larger than the Twingo hatchback.

Renault says the car will be readily available, and will be "affordable for everyone."  More will be revealed about the Renault Wind and the Renaul Megane CC on March 2 in Geneva.