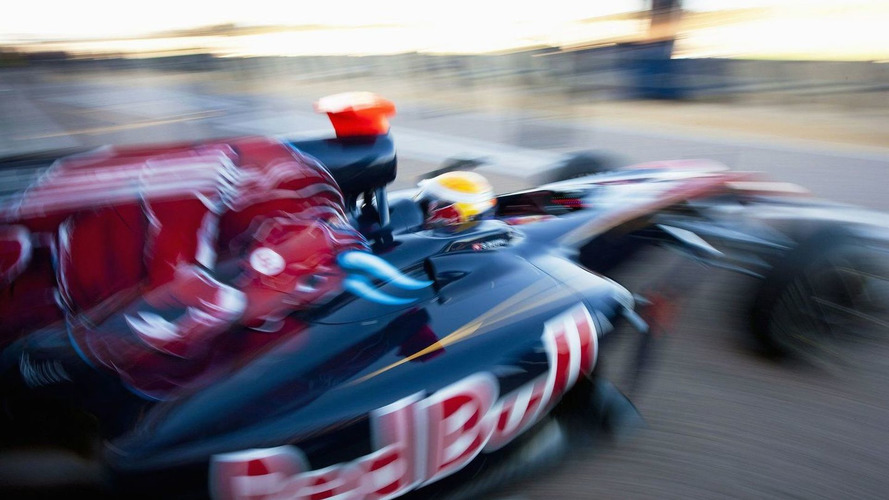 As the lunch break at Valencia ended, it had not been a good morning session for Toro Rosso.

As the lunch break at Valencia ended, it had not been a good morning session for Toro Rosso.

Having cut its technological ties with Red Bull, the Faenza based team was stranded at the bottom of the time sheets, having completed just 10 laps with the new STR5.

"This explains why we are early (with the car) this time.

"I tried to push the car on the ground as soon as we could just to give us time to react to the issues and the problems as soon as we can," he added.

Behind Ferrari's F10, Pedro de la Rosa was second quickest in the morning, but after the lunchbreak the veteran Spaniard accelerated in the Sauber and had soon narrowly eclipsed Massa's time.

By the mid afternoon, the gap between Massa and de la Rosa was less than a tenth.

There was a delay in the Mercedes GP garage as the W01 was handed over to Michael Schumacher, and after a handful of laps the German was up to speed but not yet quicker than teammate Nico Rosberg.

Freshly out of the car, Rosberg told Germany's n-tv that he felt positive about the car, but reported: "I sat much too low in the car and could not see well enough."

Rubens Barrichello was fifth quickest of the seven cars in the new Williams, while Robert Kubica struggled for pace in the Renault.