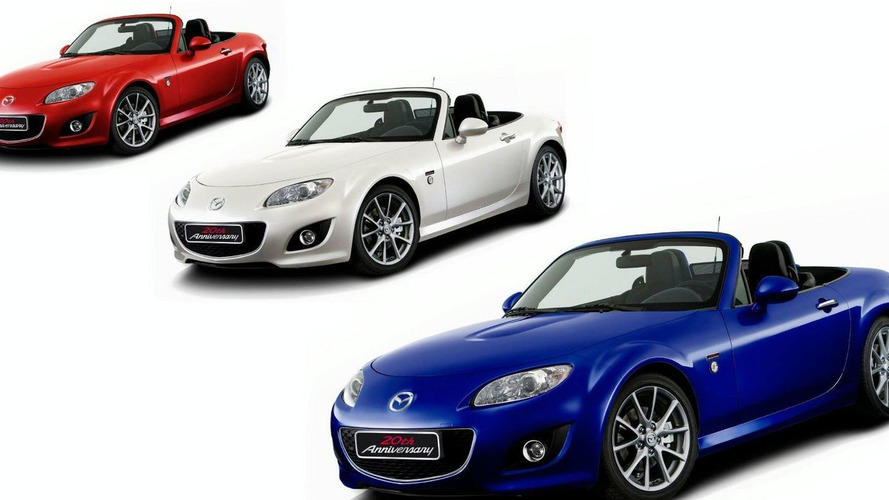 What is included on Mazda's special 20th Anniversary MX-5/Miata? Find out inside.

Mazda will unveil a special edition of the MX-5 Miata at the Geneva Motor Show.  The Mazda MX-5 20th Anniversary Edition will be procured in a series of 2,000 units, each with exterior and improved suspension.  It should be noted that a 20th Anniversary special edition has already been launched in Japan this past summer but with slightly different features and equipment.

The special model includes a chrome line kit that adds touches to the grille, handles, and headlights, while matching a new pair of silver-colored foglight assemblies.  A new strut tower bar was added for increased stiffness.  The company is also including a set of 20th Anniversary-badged 17-inch alloy wheels.  Unchanged is the car's 1.8-liter European-spec engine that gets the car to 100 km/h in 9.4 seconds.  Customers will be able to choose between three exterior paints, including Aurora Blue, Crystal White Pearl, and True Red.

Mazda's presentation in Geneva will take place in the late morning of March 2.  The company plans to introduce several elements, including the new Mazda5, and more efficient engines.

Pricing on the Mazda MX-5 20th Anniversary Edition has not been announced.