Petrov with Renault team at Valencia on Sunday 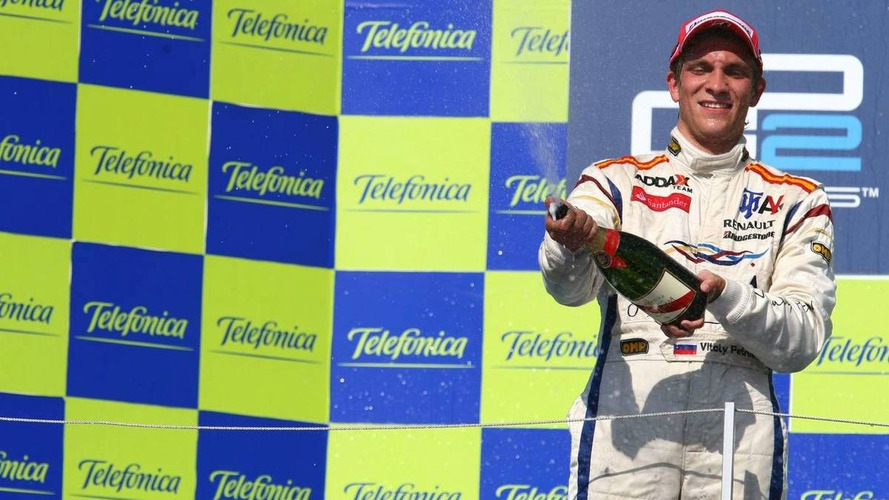 Vitaly Petrov will almost certainly be named as Robert Kubica's 2010 teammate on Sunday.

Vitaly Petrov will almost certainly be named as Robert Kubica's 2010 teammate on Sunday.

Reports with multiple sources last week said the Russian GP2 driver is set to make his F1 debut in 2010 with Renault.

Not only was Petrov trackside, he was - albeit casually clothed - seen in conversation with Renault team boss Eric Boullier.

Also seen at the Spanish circuit, which later on Sunday will stage the Renault and Sauber launches, was Jerome d'Ambrosio.

Like the similarly Gravity Sport-managed Ho-Pin Tung, the Belgian is linked with the 2010 reserve role with Renault.

Michael Schumacher's huge motor home is also parked behind the pits, while walking the paddock on Sunday afternoon was Ferrari's Felipe Massa.

On Monday, the Brazilian will begin testing Ferrari's new F10 car, and the Italian team announced on Sunday that Massa will not hand over the single seater to Fernando Alonso until the final day of the three-day session.

Ferrari said the schedule change is because Massa was unable to debut the car at Fiorano last week due to bad weather.

"It means that Felipe will be able to provide immediate and detailed feedback in terms of a comparison between the F10 and the F60," the team explained.

Gallery: Petrov with Renault team at Valencia on Sunday