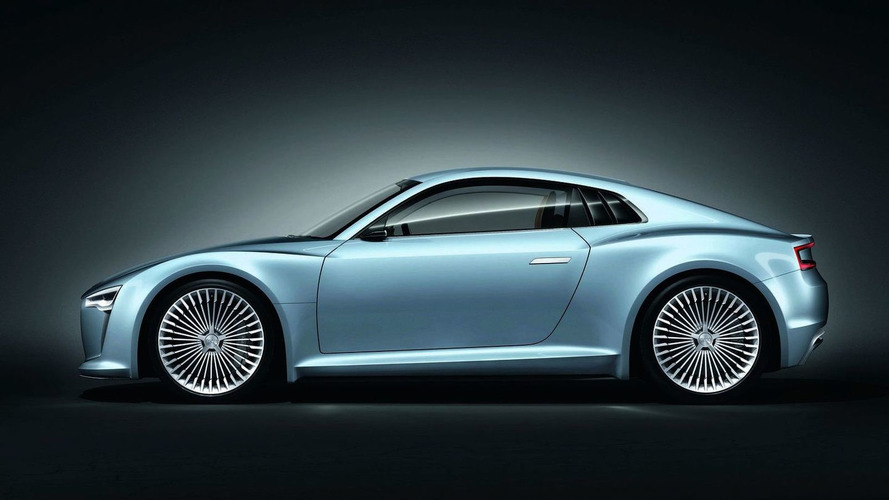 Porsche could use Audi's R4 platform for its upcoming entry-level model, rumours say. The car would have a 250bhp turbo boxer motor laid out in the mid-rear section.

The R8 started an exciting journey for the Audi brand when it launched into a segment its maker had not competed in before. Soon after rumours of a smaller R8, thought to be called the R4, surfaced. A concept e-tron car unveiled at the recent Detroit Auto Show confirmed that indeed an R4 is in the works.

Now Porsche is considering using the R4 platform as a basis for its newest and smallest model line. Speaking to Autocar, VW Group chairman Martin Winterkorn finally admitted to be looking at a car below the Boxster/ Cayman pair.

"The Porsche model range is firmly based on the 911, Boxster, Cayenne and Cayman, and it will stay that way," he was quoted as saying. "We are also investigating opportunities for a smaller sports car and a smaller SUV - but I cannot say more at the moment."

The car dubbed the new 356 would use a mid-engine layout and source power (said to be about 186kW or 250bhp) from a turbocharged boxer engine. It will share its transmission with the R4 but remain very much a Porsche in most other ways.