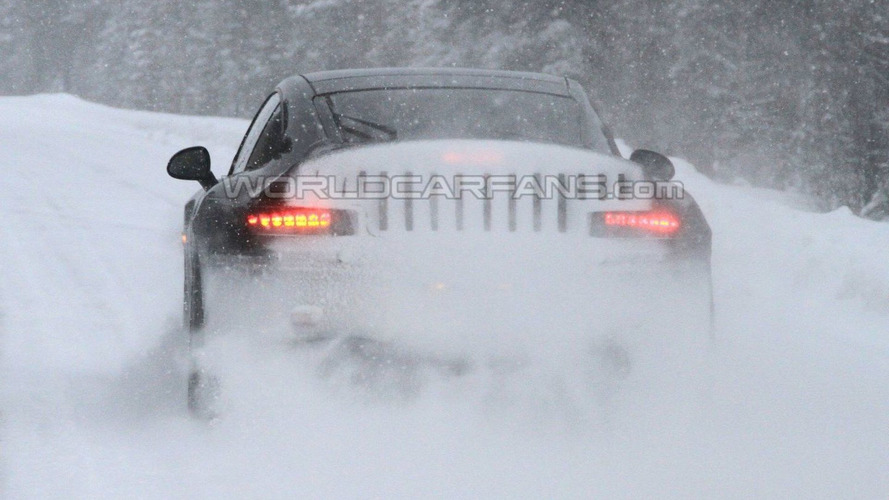 Our spies have snapped new pictures of the redesigned Porsche 911 (codenamed 991 or 998) undergoing cold weather testing in Sweden.

Our spies have snapped new pictures of the redesigned Porsche 911 (codenamed 991 or 998) undergoing cold weather testing in Sweden.

While it's still heavily camouflaged, we can see new details about the 911's LED taillights. Overall, the shape is similar to the one used on the current model (997.5), but the turn signal elements appear wider.

As we have previously reported, the next-generation 911 will feature an evolutionary design theme with minor styling tweaks. Changes include streamlined headlights, Panamera-style door mirrors, a revised rear windshield wiper, and wider rear wheel haunches. The 2011 model may also be a tad longer than the 997.

Engine options will likely carryover with minor modifications, and they will be connected to a 6-speed manual or a 7-speed Doppelkupplung (PDK) transmission. Like the current 911, rear-wheel drive and all-wheel drive variants will be available.