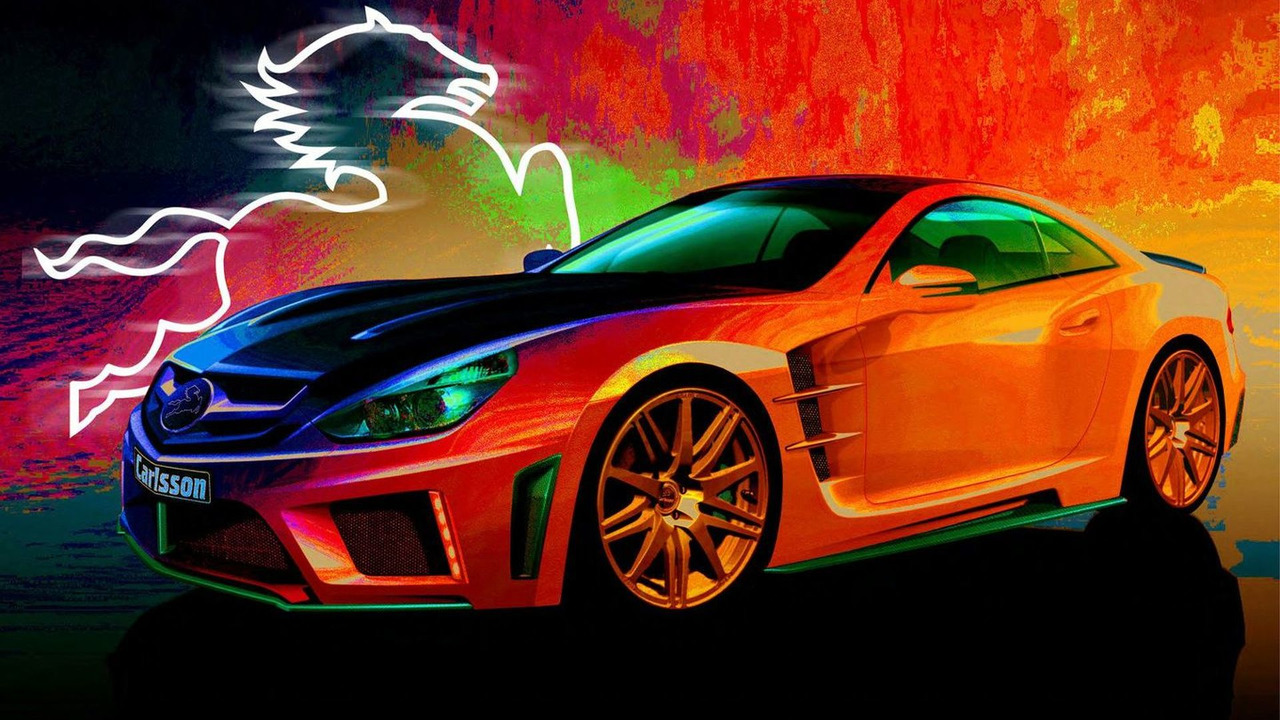 [UPDATE 26.02.2010]  Carlsson has released a new illustration of a limited edition poster. Printed on 300/m thick art paper 100 copies will be given to select friends and clients of Carlsson at the Geneva Motor Show next week.  Each copy is personally signed by Carlsson's chief designer Rolf Schepp.

Carlsson will bring a limited series, 753-horsepower car to the Geneva Motor Show.  Only 25 units of the Carlsson C25 hypercar will be produced once it debuts in March.

Carlsson CEO Markus Schuster wanted his company to build a car that was safe enough for the road as well as the track.  "Therefore, we deliberately wanted to develop a car which is highly exclusive on the one hand and can be used for the daily journey to office on the other hand," Schuster said.  "All security-relevant regulations such as pedestrian protection, crash behaviour, ESP, ABS, Airbag systems are identical to large series editions with most modern standards."

Engineers installed a C-Tronic adaptive and variable suspension to make the car more responsive on curves, but comfortable on straight lines.  All four lightweight 20-inch wheels combine to weigh less than 45 kilograms, and come wrapped in high performance tires.  405 mm slotted brake discs are used up front, along with 380 mm discs in back.

Inside, the company used a combination of tanned buffalo leather, carbon fiber, and suede in a variety of colors.  Race seats, five-point belts, roll bars, and roll cage were all left off the car to keep the luxe vehicle comfortable.

Pricing on the limited edition Carlsson C25 will be announced closer to its Geneva debut.