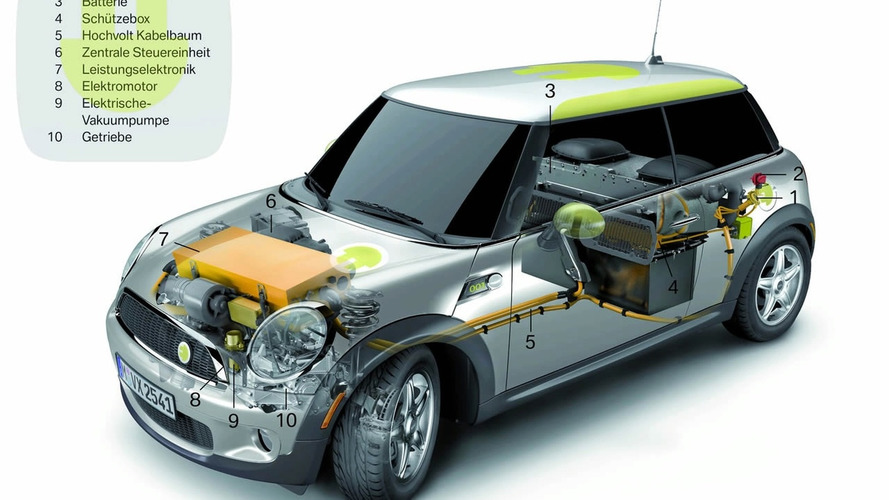 People are generally happy with the MINI E, but some are aggravated with the range, long recharge times, and limited availability of recharge locations. The story inside.

A study commissioned by BMW and conducted by the University of California, Davis, shows that most MINI E cutomers are generally happy with their cars after six months of usage.  However, as the Financial Post reports, the most common complaint is "range anxiety."

Although a fully-charged MINI E can keep the car moving for 160 kilometers, a full recharge with the included high voltage cables takes between four and eight hours.  If a MINI E owner is forced to plug the car into a standard 110-volt household outlet, recharge time takes up to 23 hours.

MINI E driver Tom Moloughney told the Canadian newspaper, "Until there are plentiful public charging stations, there is an 'electric leash' that you must respect."  Because of this, Moloughney installed an extra charging station at work.  "Being able to charge midday virtually doubles the range for me. I've driven as much as 280 km in a single day, which is more than just about anyone would need to do for a work day."

It is this last statement that BMW's marketing department is really honing in on.  A press release from the MINI parent says that 160 kilometers has been reported as being "sufficient for most daily needs" by the 57 drivers surveyed in the study.  The study also examined the logs of all 450 MINI E drivers, who say that the motoring experience in the electric vehicle is just as "delightful" as in a conventionally-powered car.  However, driver's would also like to see more room for cargo and additional passengers.

"When people first drive the MINI E, they usually don't like the regenerative braking," said Dr. Thomas Turrentine.  Dr. Turrentine is running the MINI E study for UC Davis.  Still, the report shows that "after a few hours they get used to [regenerative brakes], and after they have driven it for a week, they are very positive about it."

The MINI E trial will also serve as the basis for the limited rollout of the BMW ActiveE electric car.  The ActiveE was shown off at the NAIAS, and will become available in limited numbers from 2011.