Schumacher bites back during media questioning 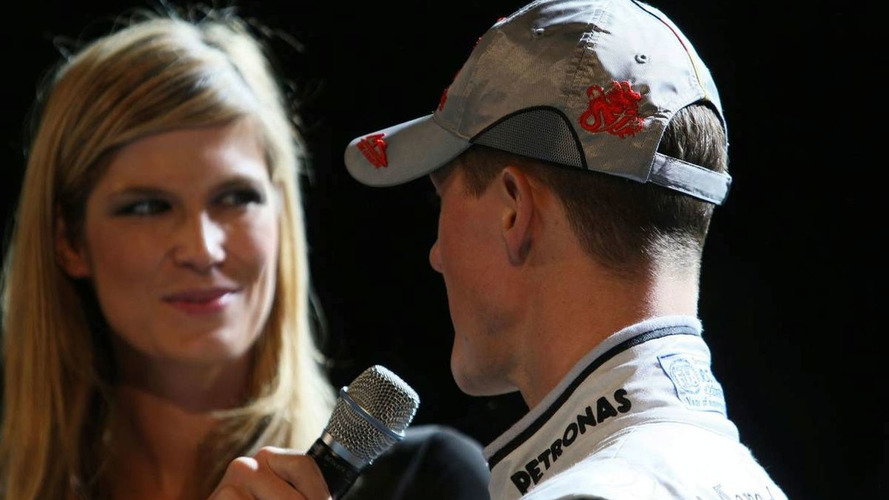 Members of the press tested Michael Schumacher's patience on Monday.

Members of the press tested Michael Schumacher's patience on Monday.

Wearing silver overalls for the first time at the launch of Mercedes GP's 2010 livery, one journalist risked the German's ire by bringing up the infamous Rascasse controversy of 2006.

Asked how it felt to have Keke Rosberg's son as his teammate this year, after the 1982 world champion declared in Monaco that F1 is better off without a sportsman like Schumacher, the 41-year-old German calmly answered: "Good."

Asked if he is returning to F1 in order to prove he can win without resorting to questionable tactics, Schumacher hit back sarcastically: "91 victories, seven titles, you win only in a bad way. Absolutely.

When told that the question was about the style of his winning rather than the cold numbers, Schumacher added: "Yeah, I know. I did win all this in the manner in which you are trying to ask questions."

A major media topic in Stuttgart was the likely balance of power between Schumacher and Nico Rosberg, and whether the 24-year-old should be regarded as his countryman's number 2.

"The number 1 driver is the fastest one -- whoever is winning races," team boss Ross Brawn insisted. "We'll give maximum support to both drivers."

That policy will be put into use for the first time next Monday, when Rosberg and Schumacher share the wheel of the new MGP W01 car on the opening day of the Valencia test.