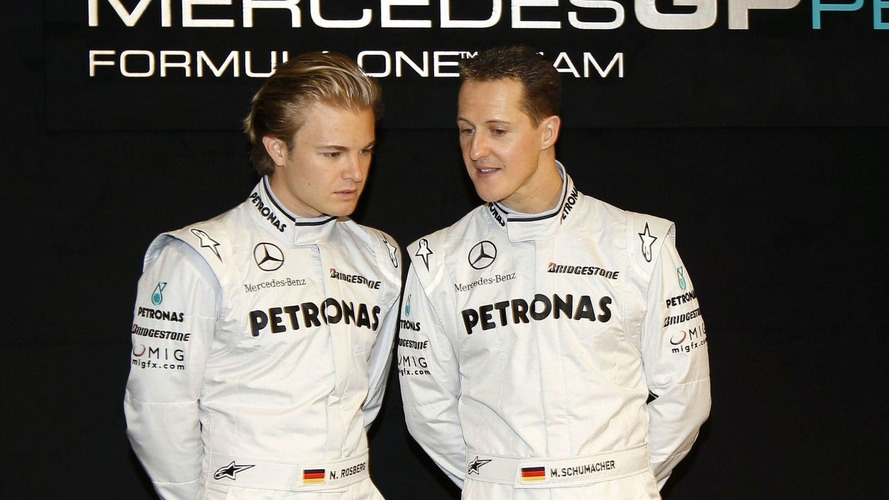 Rosberg, 24, had been assigned the lowest team number (3) before seven time world champion Schumacher agreed to return to F1 this year with Mercedes GP.

"Michael is a bit superstitious when it comes to odd and even numbers -- although he certainly has nothing against an eighth title," team principal Brawn smiled at the launch of the 2010 livery for Mercedes' new MGP W01 car.

A team spokeswoman last week said "we were happy to accept" Schumacher's request, without mentioning whether Rosberg minded the relocation to the higher number 4.

Brawn explained: "For us to refuse this favour (to Schumacher) would have been pointless, because Nico didn't care. Nico agreed. Anyway, what they both really want is car number 1."

Rosberg said at the weekend: "When I win in Bahrain, people will care not about the number that is on my car, but about the driver who is inside."