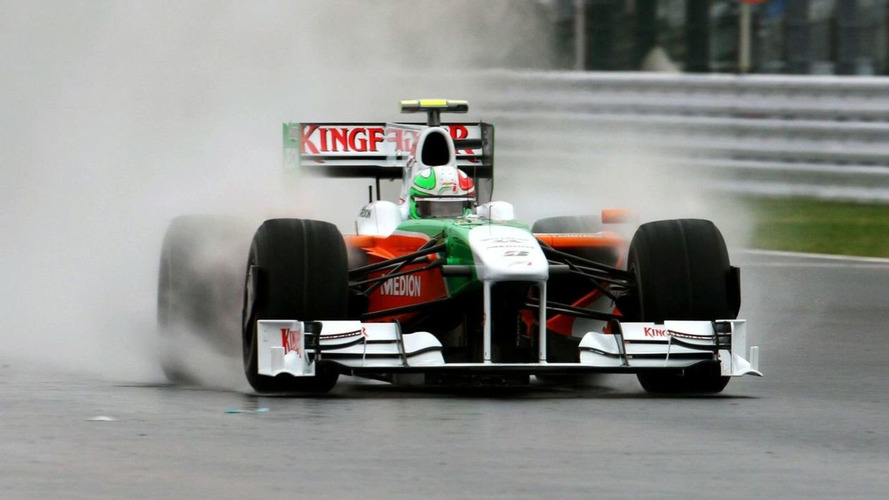 Force India's 2010 car is expected to run for the first time in mid February.

Force India's 2010 car is expected to run for the first time in mid February.

It emerged recently that the Silverstone based team's Mercedes powered VJM03 would not be ready for next week's opening Valencia test.

The second group test is a four-day schedule running from February 10-13 at Jerez.

Word from inside Force India is that the car should be ready to test on February 12.

German driver Adrian Sutil told Auto Bild that he is confident about the 2010 season.

"Our team is currently one of the few without any problems," said the 27-year-old. "There have been takeovers at Renault and Sauber, which is to our benefit."

This season is Sutil's fourth with the same team, which was called Spyker in 2007. Rumours indicated that a switch to McLaren might have been on the cards for 2010.

Chief race engineer Dominic Harlow agrees that Force India should this year be able to build on its often impressive 2009 form.

"And unlike some other teams, we're not scratching around trying to put together a car at the last minute," he said.