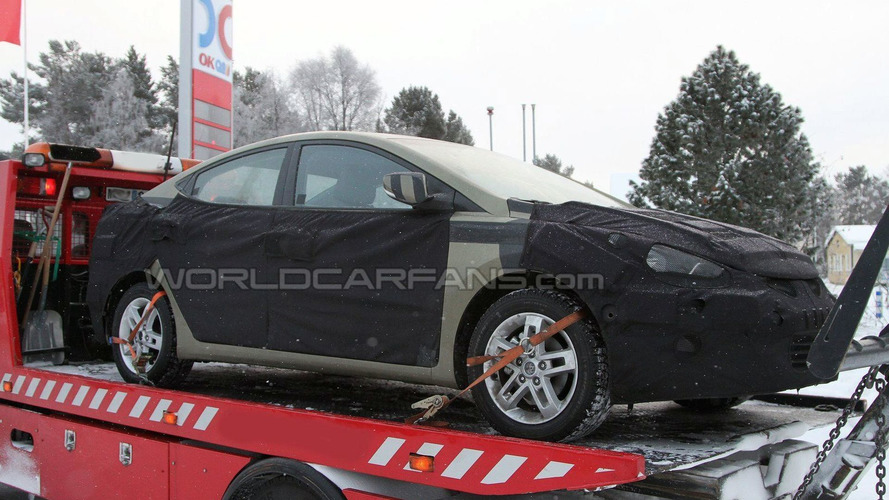 We have spy photos and fresh details about the 2011 Hyundai Elantra. Find out more inside.

A set of spy photos featuring the new Hyundai Elantra have recently surfaced.  The car shows a similar roofline and sidesills as the 2011 Hyundai Sonata, unveiled in Korea last September.

The next Elantra was caught during cold weather testing in northern Europe.  According to the spy, the car appears to have more legroom than the previous model.  It is expected to have shorter overhangs at both ends, leading to a more sporty look.  The recently-renovated Hyundai grille will also be seen, along with new lighting and fascias at the front and back.

Engines on the car will likely include a 1.6-liter four-cylinder engine, which may also come turbocharged.  Rumors also suggest that a 2.4-liter direct-injection four-cylinder will also be on offer.  Look for automatic and manual six-peed transmissions.

The 2011 Hyundai Elantra could get a market release before the end of the year.