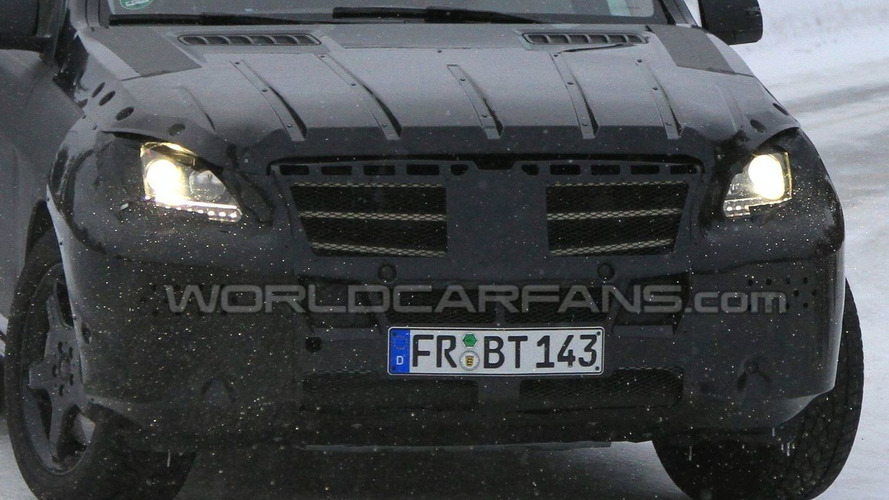 New spy photos of the 2012 Mercedes-Benz ML Class SUV show the vehicle's LED lighting at the front and back. Details inside.

Recently-snapped spy photos of the next-generation Mercedes-Benz ML Class reveal the vehicle's LED lighting.  The padding and concealing tape just missed covering up the LEDs, which may have been an intentional mistake to leak out the design.

LED lighting is also used at the back of the vehicle, which is expected to be shorter than the current generation.  Other speculative rumors suggest the SUV will have sportier styling.

The ML Class was caught on camera during winter weather testing on Europe's Route 45, which entends from the Sweden/Finland border in the north to the southern tip of Sicily.