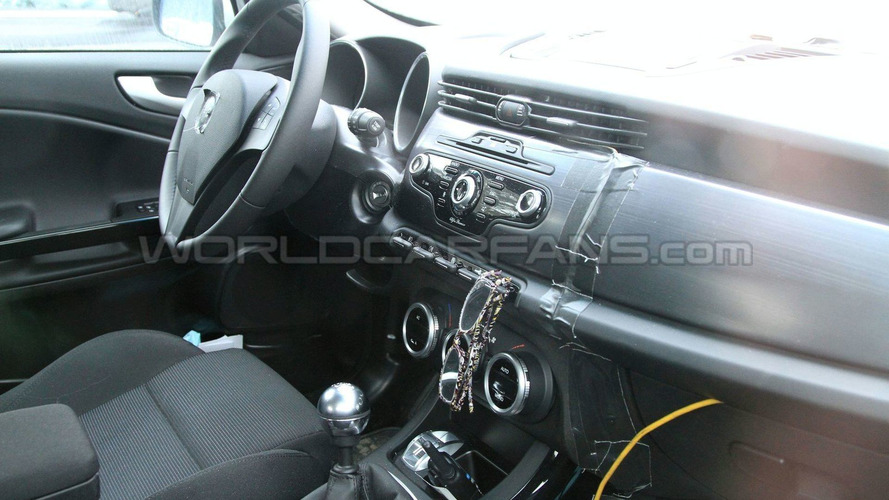 Final progress is being made to introduce the new Alfa Romeo Giuietta to the public, as these pictures prove. Importantly the interior is shown almost undisguised for the first time.

These spy photos may seem a bit pointless considering that the all-new Alfa Romeo Giulietta has already been revealed with pictures and details. However those press pictures did not get this up close to the instrument panel and center console. These spy photos were taken in Scandinavia as a fleet of Alfa cars made their way during what is obviously final product testing. It is the first time to see the Giulietta on the road.

Most of the instruments and dials are round in typical Alfa fashion. The steering wheel features Fiat's Blue&Me infotainment control functions and the centre console sports the same DNA suspension system knob found in the Mito. A normal keyhole is used instead of a start/ stop button and a silver-head gear lever gives it a sporty look.