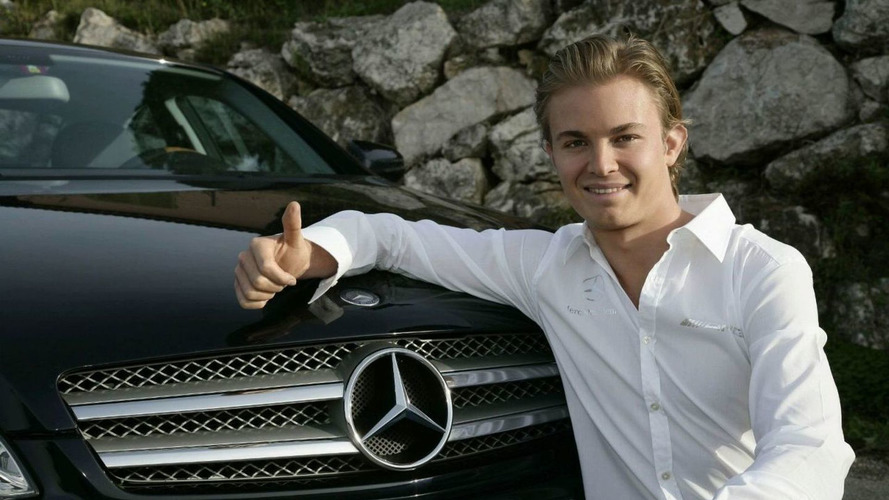 As the seven time world champion this week took Rosberg's designated race number (3) for the 2010 season, it has been suggested that the 24-year-old German may have slotted into the subserviant role performed by Schumacher's previous teammates.

Johnny Herbert, Eddie Irvine, Rubens Barrichello, and the like, were clearly seen to be number 2 teammates, and it is feared that by joining Mercedes before Schumacher, Rosberg may have joined the club unwittingly.

"He has always wanted to drive the Silver Arrows in formula one, and have Michael Schumacher as his teammate. That may sound like a fabulous PR statement, but it is precisely the truth," the 57-year-old insisted.

Haug believes some of Schumacher's past teammates were seen as number twos not because they were contractually obliged.

"To be a team's number one is done only through extraordinary effort, and I trust that both of our drivers will give this, especially if we give them a very good car."

The Belgian former F1 winner Jacky Ickx, however, believes Rosberg will be Schumacher's first target as he mounts his return this season.

"Rosberg is absolutely a strong teammate," he said in an interview with the German newspaper BZ.

"If Schumacher wants to win, he must destroy Rosberg because he's his biggest enemy," added the 65-year-old.

"Schumacher always beat his teammates, like Herbert, Irvine, Barrichello, and everyone always thought they could be world champion."