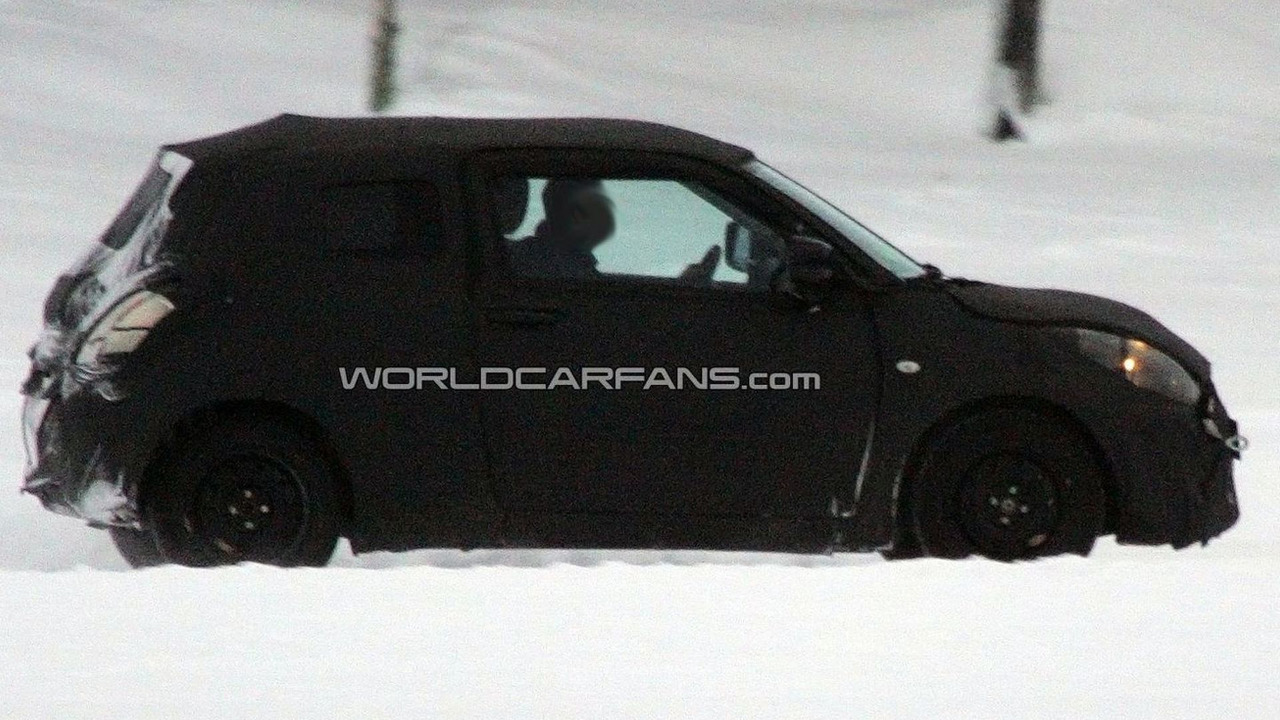 The Swift is expected to feature sporty styling, a Kizashi-inspired grille, swept-back headlights, and distinctive taillights.

Our spy photographers have caught the first images of Suzuki's 2011 Swift three-door hatchback.

Spied undergoing winter testing, the mule is heavily camouflaged which makes it hard to determine what the model will look like when it is officially unveiled. Regardless, the Swift is expected to feature sporty styling, a Kizashi-inspired grille, swept-back headlights, and distinctive taillights.

Under the hood, the Swift will be powered by a variety of petrol and diesel engines. Petrol options will likely include a 1.2-liter and a 1.6-liter with 92 kW (125 hp) and 148 Nm of torque. Eventually, Suzuki may introduce a hybrid variant similar to the 2009 Swift Plug-in Hybrid Concept. If fuel economy isn't your primary concern, you may be interested to learn Suzuki could offer the Swift with all-wheel drive.

The redesigned Swift will go on sale in 2010 and will be available in the United States for the first time.