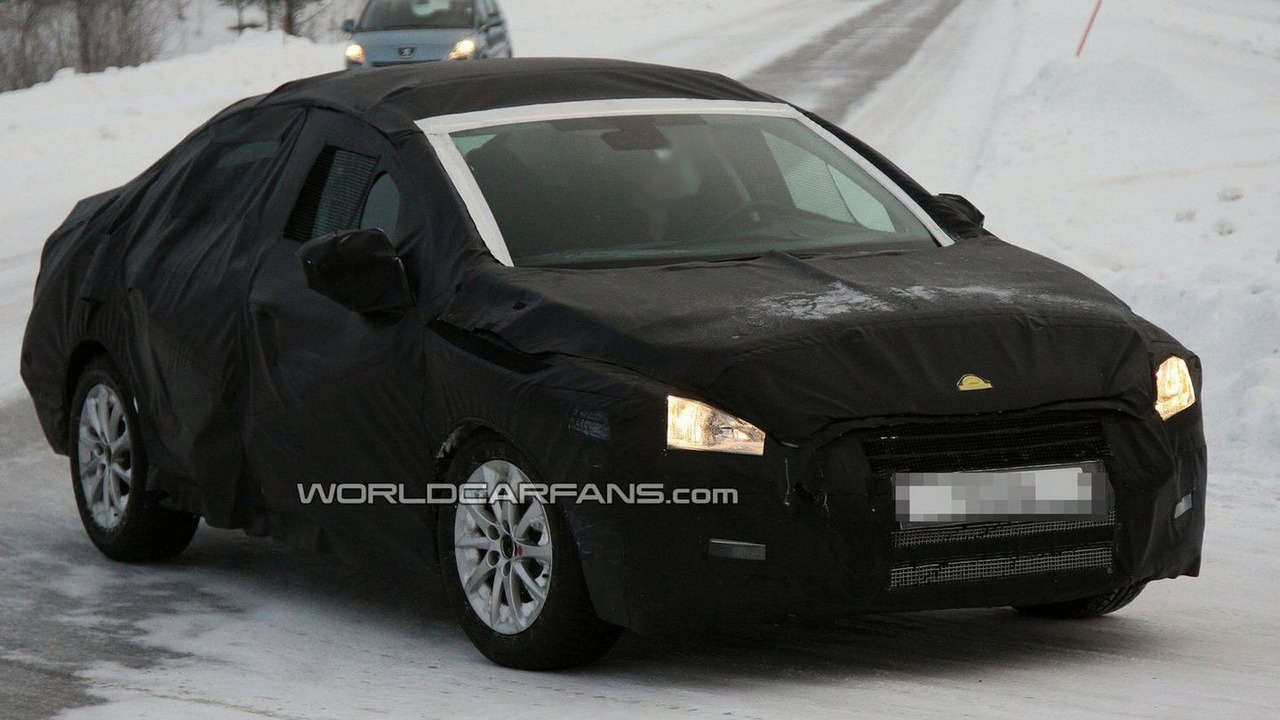 Seven close-up spy photos of the 2012 Peugeot 508 gives us better insight into the manufacturer's intentions. Details inside.

Following long range spy shots, a new set of spy pics show the Peugeot 508 up close and personal.  The heavily-padded prototype appears to have a similar windshield design as the outgoing 407.

Previous spy pics suggest the camouflage at the front could be covering up a grille that is just as wide, but much bolder than that seen on the 407.  Those photos seem to indicate a front end that is more squared off than current Peugeot sedans.  Despite the snow covered rear, it does appear that LED taillights are shining bright.  The car is riding on a good-looking set of 10-spoke wheels.

The new model will replace the 407 and 607 beginning in 2011.  Look for the Peugeot 508 to be a more streamlined sedan than the company's outgoing cars.  Executives at the French manufacturer are expected to raise the curtain on the Peugeot 508 concept at the Paris Motor Show in September.  A production-ready model could take the stage six months later in Geneva.