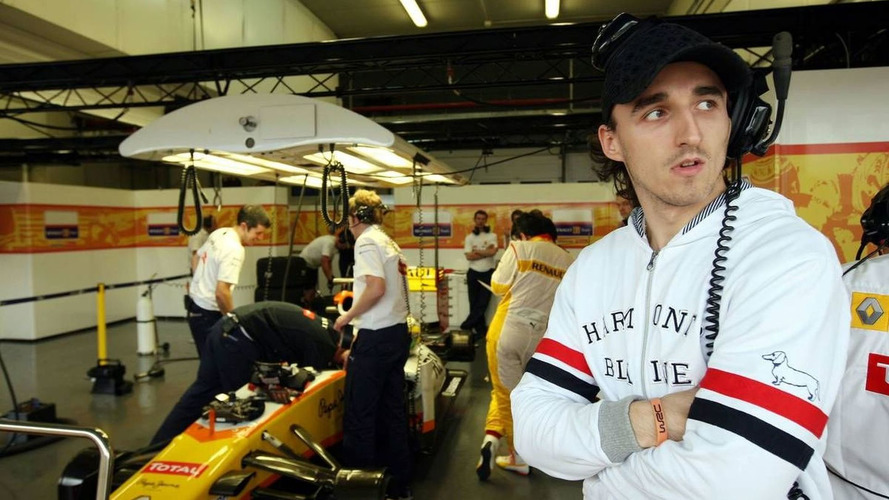 Robert Kubica's eventual 2010 teammate at Renault may be missing from the launch of the R30 car and its opening test at Valencia.

Robert Kubica's eventual 2010 teammate at Renault may be missing from the launch of the R30 car and its opening test at Valencia.

The events are scheduled to take place at the Spanish circuit on January 31 and the following day respectively.

But team boss Eric Bouillier said he might not have finalised the Enstone based team's full driver lineup by then.

"We'd love to take the decision before the test. If not, Robert will start the development alone," he is quoted as saying by the Daily Mail.

Frenchman Boullier, who is Flavio Briatore's full time replacement in the wake of the crashgate scandal and subsequent Genii Capital buyout, confirmed on Wednesday that Nick Heidfeld is in the running for the seat.

But he also indicated that the Russian pay-driver Vitaly Petrov is an option, as are drivers of Chinese (Ho-Pin Tung) and Austrian (Christian Klien) nationality.

"Today we have a situation where there are not many drivers available on the market," Boullier conceded.