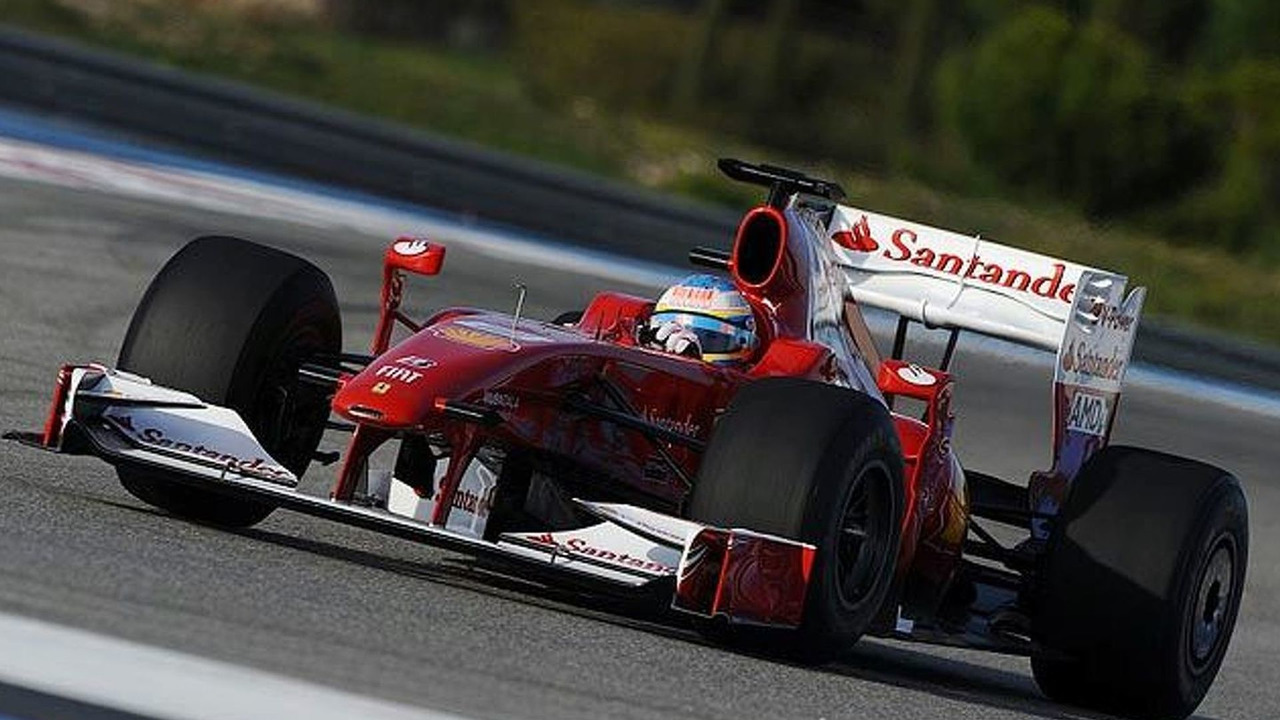 Fernando Alonso has already driven a Ferrari F1 car in the team's new livery for 2010.

Fernando Alonso has already driven a Ferrari F1 car in the team's new livery for 2010.

The famous outfit's new sponsor Santander released to the Spanish press photos of the recent test outing, which occurred at the Paul Ricard circuit in France for filming purposes.

The 2009 Ferrari, the F60, was in the livery for the 2010 season, featuring prominent white front and rear wings with Santander branding.

Earlier this week, 28-year-old Alonso said the new car, to be launched next Thursday and codenamed 281, is "almost ready".