That's a lot of crossovers.

Get ready, Hyundai is planning an all-out product onslaught. Between now and the year 2020, the South Korean automaker promises eight – that’s right, eight new CUVs and SUVs, beginning with the Kona that was introduced back in early March, and following up with seven totally brand-new models in the next three years.

The new range will include everything from an A-segment CUV positioned underneath the Kona, to a new midsize CUV, and possibly even a flagship by the year 2020. Hyundai Motor Vice Chairman, Chung Eui-sun, said in an interview in June that it’s necessary to have "a full SUV lineup so we can respond to our customers’ needs."

At an event today in Michigan, Mike O’Brien, vice president of product, corporate, and digital planning at Hyundai Motor America, said the aggressive roll-out is important to help the automaker keep pace as customer preference switches toward crossovers and SUVs.

"We’ve been a little bit slow in terms of bringing the volume up in terms of CUVs," he said, saying the company needed to both build more of its existing crossovers and launch more crossover models. "We still don’t have enough production and enough model count.” 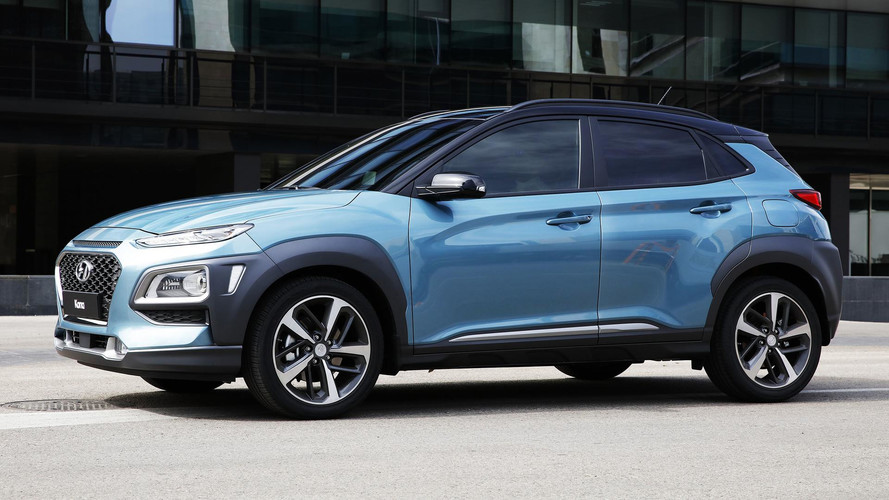 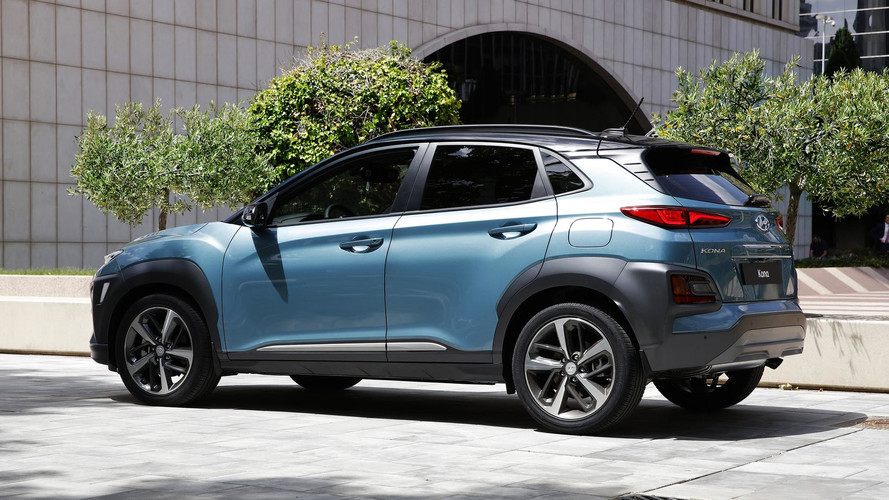 Alongside its new fleet of CUVs, Hyundai touts electric, fuel-cell, and even diesel engine options for the proposed product range. O'Brien said that the wide-ranging powertrain strategy is important because customers value efficiency in crossovers.

"One of the key areas of dissatisfaction in CUVs is fuel economy," he said, because many buyers come from midsize or compact sedans and expect similar fuel economy to those models."

As to diesel, Hyundai is committed to offering it even though many automakers have shied away from the fuel source here after several infamous emissions scandals.

"It’ll be a nice addition to our lineup," O'Brien said, because diesel can improve crossover efficiency and also offers improved towing capability. With few diesel crossovers on offer in the U.S. today, "There’s definitely market opportunity.”

The diesel could be used, theoretically, for the Santa Cruz pickup, which is rumored to begin production at some point in 2021 at Hyundai’s Alabama manufacturing facility. O'Brien said today he had no further updates on whether or not the small pickup has been confirmed for the U.S. market, but said, "We’re working very hard to bring that to market … we’re very excited about it."

One of the crossovers will be an eight-passenger model that is promised to offer "outstanding capability." At the other end of the scale, the A-segment crossover is designed to take on vehicles like the Nissan Juke and Honda Fit/HR-V. O'Brien says it might be a good car for somebody who would otherwise consider a subcompact model like the Hyundai Accent (the 2018 Accent no longer offers a hatchback variant).

"The idea is we give our customers not only a car choice, with Accent, we also give them a CUV choice, with an A-segment vehicle," he said.

The seven CUVs following the Kona will be shown at major auto shows like Detroit, New York, and Los Angeles in the coming years, and will reportedly maintain Hyundai’s promise of making customer’s lives and driving experiences even better, and all of them will be offered to customers in the U.S.

Hyundai Motor America today announced its commitment to debut eight new or re-engineered crossover utility vehicles (CUVs) in the United States by the year 2020 during a press conference at the Hyundai America Technical Center. Beginning with the launch of the Kona small CUV in March, this new lineup will encompass models from the A-segment (entry level) size class all the way up to the eight-passenger midsize class. Hyundai also will showcase its latest gasoline engine, diesel engine, hydrogen fuel cell and battery electric technologies in these vehicles.

“Very soon we are going to have the most diverse CUV powertrain lineup in the industry,” said Mike O’Brien, vice president, product, corporate and digital planning, Hyundai Motor America. “These vehicles will show the engineering prowess of the more than 13,000 engineers Hyundai Motor Company has working on current and future models every single day. Our customers are going to have a lot of great CUV choices in our dealerships.”

Debuting at major auto shows including those in Detroit, New York and Los Angeles, this new fleet of CUVs will maintain Hyundai’s promise to make customer’s lives and driving experiences better. Further, Hyundai will be the only manufacturer offering CUV customers four different fuel choices.

“The Kona is only the beginning of our product revolution for Hyundai,” O’Brien, added. “These vehicles are aimed squarely at the sales leaders in each segment and will emphasize Hyundai’s continued focus on sustainability and efficiency without compromising performance.”