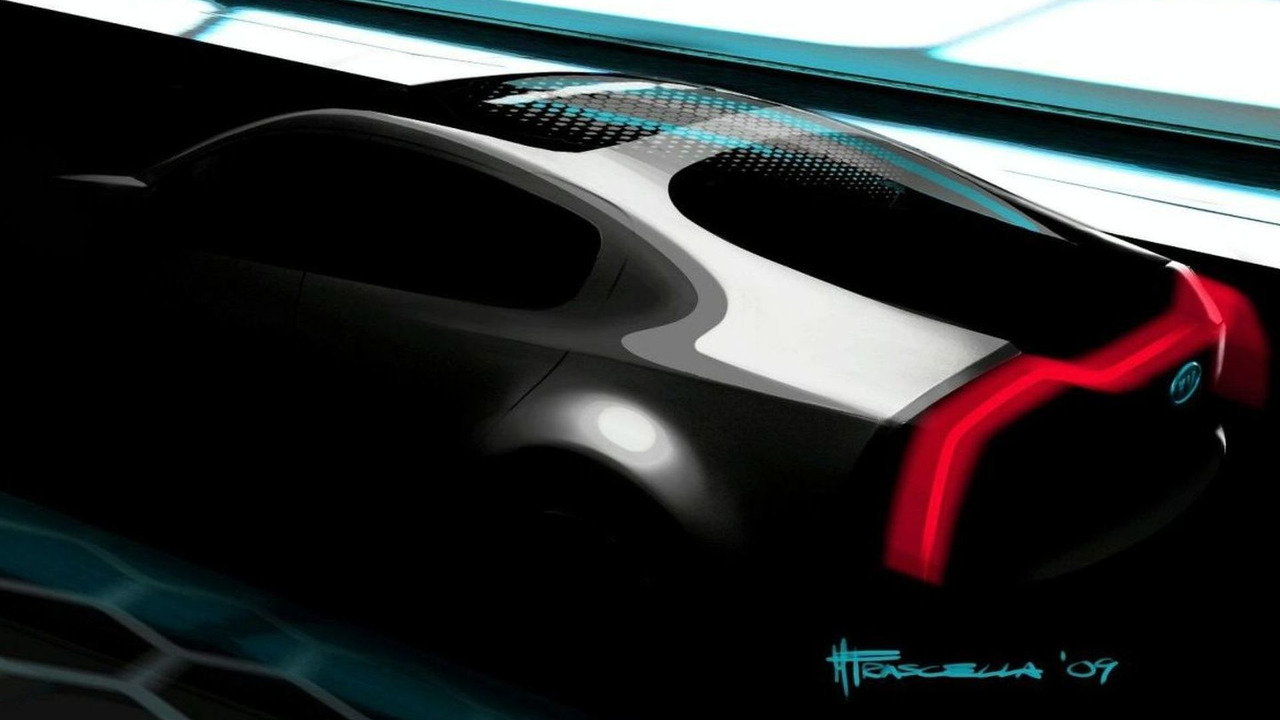 A new teaser image from Kia shows the potential for a new plug-in hybrid design. Details and the image inside.

Kia will debut a new four-door concept car at the 2010 Chicago Auto Show.  This week, the Korean automaker released a new teaser image to promote the Kia Ray concept before it takes the stage in the Windy City.

Produced by the company's Design Center America, the Kia Ray will show off the "evolving design direction" of the automaker.  The shape of the Ray is a likely indicator for a future plug-in hybrid from the manufacturer.

Aside from being a four-door, the Ray appears to have a windshield that leads to a glass roof.  Expect to see a large pane of glass at the back as well.  The rigid lightstrip at the back works in the image, and accentuates the vehicle's shape.  All told, if the concept resembles the image this could be a cool-looking concept.

The Kia Ray will be introduced to the public at a press conference in Chicago on 11 February.