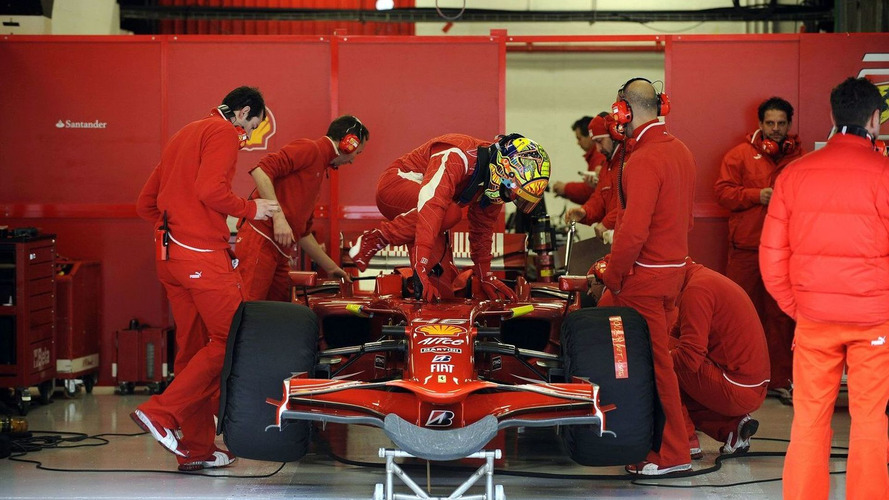 Despite a recent medical scare, Valentino Rossi on Wednesday began his test in a 2008-spec Ferrari single seater at Barcelona.

The reigning and multiple MotoGP champion visited hospital late last week with an inflamed appendix, but the Maranello based team said he today began his two-day run at the Circuit de Catalunya.

To adhere with the current F1 testing ban, 30-year-old Rossi's car is being operated by the separate F1 Clienti department, and is fitted with GP2-spec slicks, Ferrari confirmed.