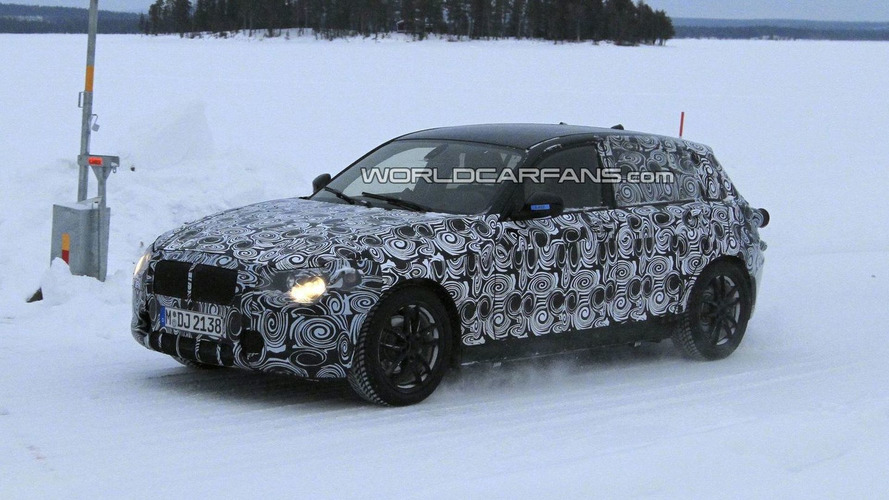 While still heavily camouflaged, this particular prototype, which we've seen on several occassions (see related links below), only has one tailpipe despite having two exhaust pipe cut-outs in the bumper fascia.  Previously seen with two tailpipes indicating a turbocharged model, this prototype has a naturally-aspirated engine this time around. Regardless of its powerplant, the redesigned 1-Series will feature modern styling, LED taillights, and a bold twin kidney grille.

Recent spy photos have also shown BMW has been testing the 1-Series with a Kistler RoaDyn wheel force and torque sensor system (typically used for testing four-wheel drive and all-wheel drive vehicles). This could mean the 1-Series could be offered with xDrive, but we cannot confirm this as of yet.

Look for the redesigned 1-Series five-door to go on sale in mid-2011, with coupe and convertible models expected shortly thereafter.