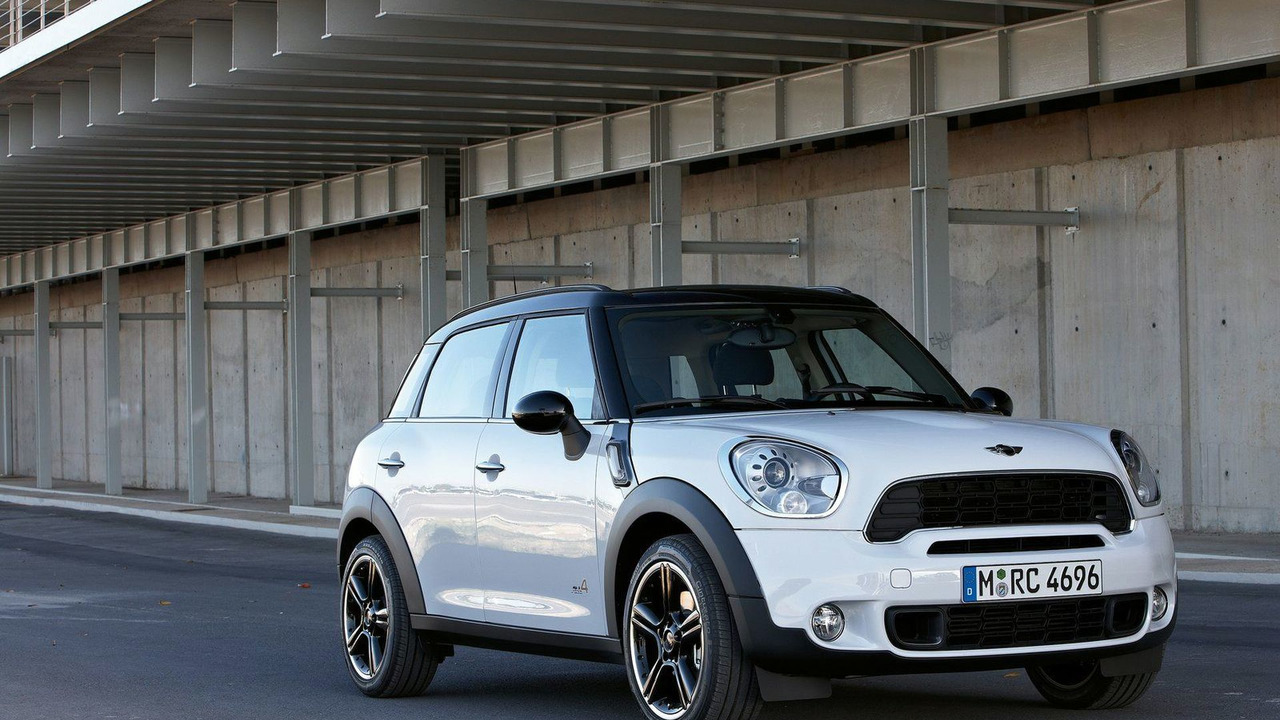 We have full details and a treasure trove of photos featuring the new MINI Countryman line. Read more inside.

Information about a new MINI crossover vehicle has been distributed by the company confirming that the car will be called the MINI Countryman in most markets.  The BMW-owned manufacturer officially sent out the detailed press release (see below) )and over 50 photos just one day after WorldCarFans broke news with a leak of three of the pictures.

At the top of the line, the Mini Cooper S Countryman reaches 100 km/h in a much quicker 7.6 seconds thanks in part to the direct injection, twin-scroll turbocharged engine. Performance is boosted to 184 horsepower and 177 ft-lb of torque, but 192 ft-lb can be achieved with the overboost function.  Top speed reaches 214 km/h (133 mph).

Start/stop, brake energy recovery, on-demand engine management, and a shift point light help the driver manage fuel consumption.  The range uses between 4.3 and 6.3 liters of fuel to get the car across a distance of 100 km.  This translates to 37.3 to 54.7 mpg (US), or 44.8 to 65.7 miles per Imperial gallon.  Emissions are kept impressively low to between 113 and 146 grams of CO2 per kilometer.  Choosing the six-speed semiautomatic over the standard six-speed manual will slightly change these figures.

Suspension on the car was stepped up from that available on company's other vehicles, with a 10mm lowered sport suspension also on offer.  Optionally available is the All4 all-wheel-drive, which works off of an electrohydraulic center differential, and is fully integrated with the stability control.  Under certain circumstances, 100% of the power can be sent to the rear.

The automaker is giving standard 16-inch wheels with the car (17-inches on the Cooper S Countryman), all of which will look ridiculously small.  Several sets of optional wheels, up to 19-inches, will also be available.

The five-door vehicle comes standard with four individual seats, also seen on the Crossover Concept and the Beachcomber Concept, but a three-seat bench is available for no extra charge.  However, it is hard to imagine the car with both the bench and the Center Rail.  The rail runs the length of the passenger compartment, and is meant to provide storage flexibility with a set of "clip-in elements."  The cargo area holds 350 liters (12.2 cubic feet), but can be expanded up to 1,170 liters (41.0 cubic feet) with the seats folded down.

Some of the options available include an "extra-large" panoramic roof, adaptive headlights, towbar, heated windshield, Bluetooth, sat-nav, and upgraded stereo.

As we reported earlier, the car comes with newly-designed chrome-ringed headlights, three windows on each side, a new radiator grille, and larger wheel arches.  The black framing around the vehicle's bottom is standard, and does not appear to be available in body color.