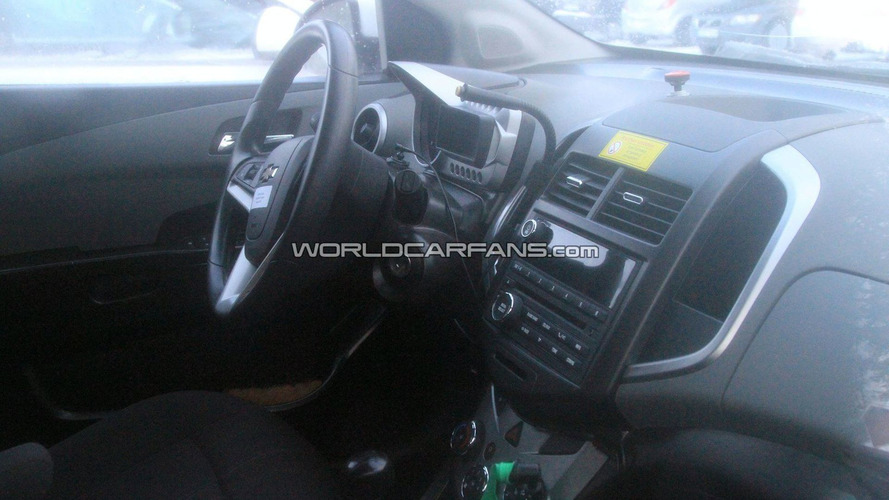 A new set of photos capturing the 2011 Chevrolet Aveo shows an interior very similar to that of the Aveo RS. Pics and details inside.

A new set of spy photos featuring the 2011 Chevrolet Aveo shows the car's interior completely uncovered for the second time.  The interior looks similar in many ways to that seen on the Chevrolet Aveo RS concept, which took the stage at the NAIAS earlier this month.

Not included on the Aveo's center console are the Bluetooth controls that featured on the RS.  Instead, this is replaced by a typical CD/Radio sound system.  However, the multi-function steering wheel, instrument cluster housing, position of the HVAC vents and controls, and storage is nearly identical.

Not seen on the test vehicle is the shiny black lacquer trim that appeared on the Aveo RS.

The 2011 Chevrolet Aveo is not expected to be launched on the market until next year.  The Aveo RS was built with a 138-horsepower 1.4-lier Ecotec engine producing up to 148 ft-lb of torque.