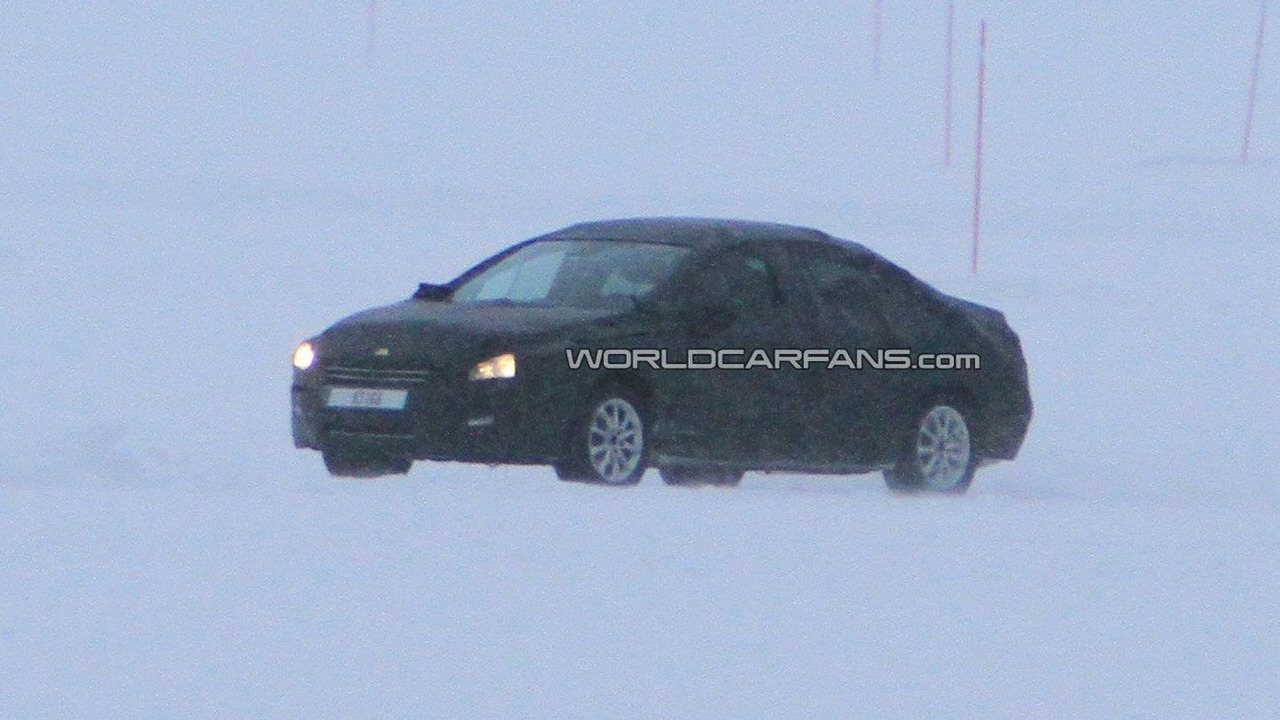 New sedan set to replace both the 407 and 607 models. A 508 concept could debut at the Paris auto show in September with a production model ready for the Geneva show in March 2011.

Not much can be said of what the 508 will look like from these photos, but an earlier pic snapped of an undisguised 508 prototype sitting in a garage revealed a sleeker sedan with softer and more aerodynamic design lines than the clunkier shapes of the current 407 and 607 models. Our spy photographer also reports a lower position for the headlights.

According to reports, a 508 concept is set to make a debut at the Paris Motor Show in September, with a production version ready for the Geneva show in 2011.

It's a bit of a head-scratcher as to why Peugeot would replace two models (the 407 and 607) with just one, which may lead one to speculate than the French automaker may be developing a larger, more luxurious flagship sedan for sometime later. In any case, the 508 will likely feature Peugeot's standard array of large diesel and petrol/gasoline engines, and perhaps be fitted with the diesel-electric hybrid drivetrain the automaker has developed.

Technology to make the 508 competitive will include goodies such as a hydro-pneumatic suspension, a head-up display and adaptive headlamps.