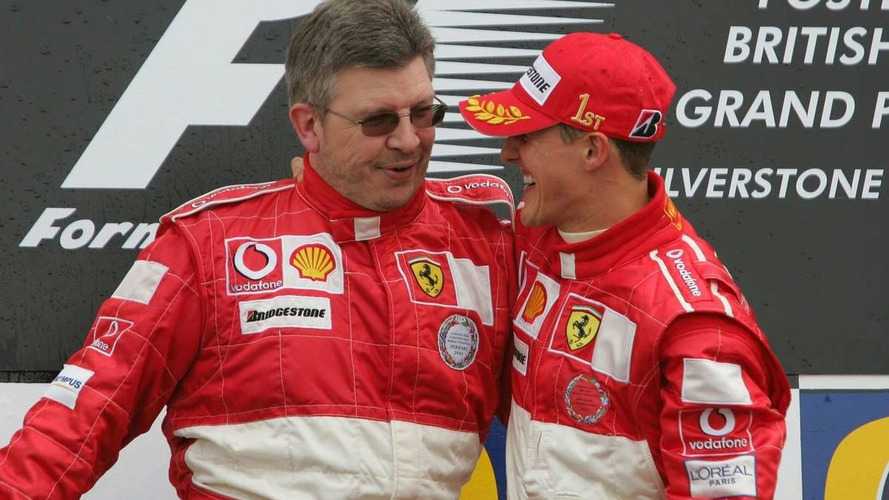 A lack of pre-season testing might prevent Michael Schumacher from immediately winning races in 2010, according to Mercedes GP team boss Ross Brawn.

A lack of pre-season testing might prevent Michael Schumacher from immediately winning races in 2010, according to Mercedes GP team boss Ross Brawn.

Briton Brawn, who also worked alongside Schumacher as technical director during title-winning tenures at Benetton and Ferrari, said "time is short" for the 41-year-old to reacclimatise to F1 following a three-year retirement.

"I don't think Michael can win the first race," he told the German newspaper Bild, ahead of just four winter tests with the new car.

"He will need a few races to become accustomed to these cars and the many new drivers. But then I hope to see the famous Schumi. That was always his strength: to adapt and learn incredibly quickly," Brawn added.

He said he senses a "more relaxed" Schumacher to the one that hung up his helmet at the end of his final championship attempt in 2006.

"Formula one was a burden for him in late '06," Brawn said. "Not the driving, but everything else. He felt stressed, but that feeling is gone now."