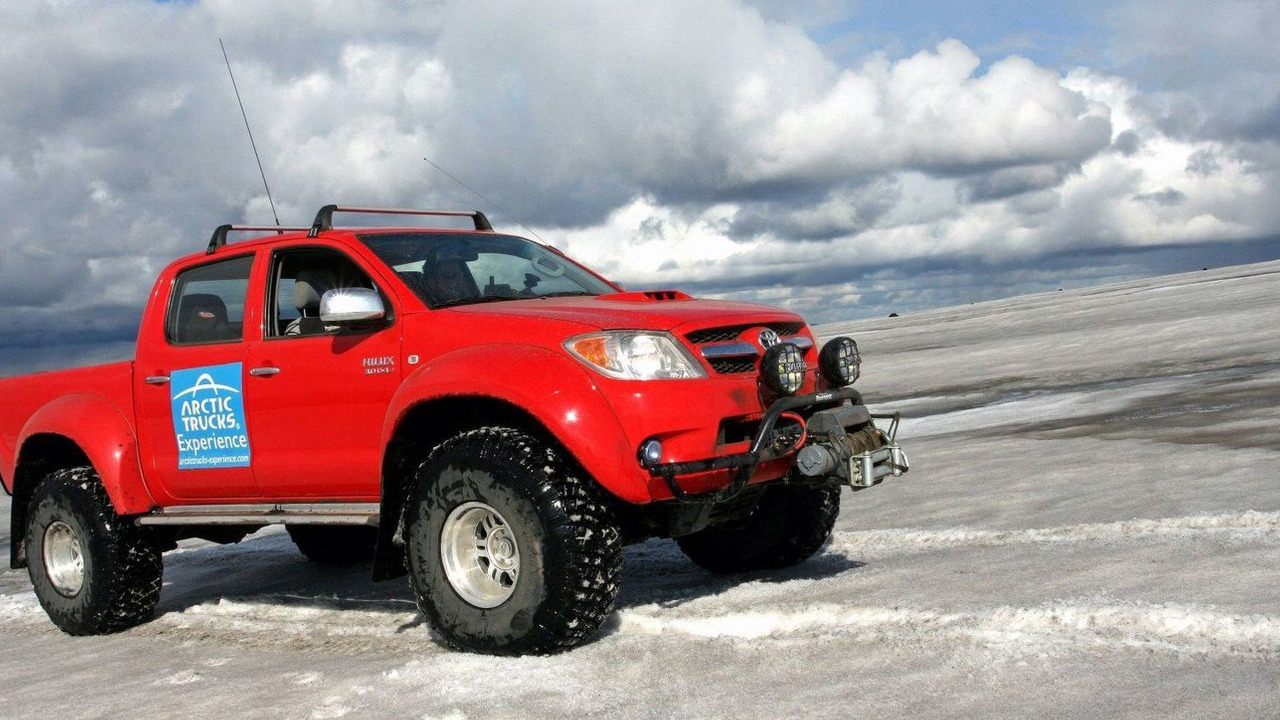 Same vehicle used by Jeremy Clarkson of Top Gear to reach the magnetic North Pole will be used for Icelandic excursions.

If you're an automaker, it's always a boon for your marketing department when Jeremy Clarkson drives one of your models to the North Pole for another one of his Top Gear adventures.

So Toyota must be enjoying the news that Reykjavik-based Arctic Trucks has now begun offering tours through the Icelandic landscape in Toyota Hilux vehicles for an extreme tourist experience similar to that of Clarkson's.

Arctic Trucks is the engineering firm which specially tuned the Toyota Hilux that Clarkson used for his excursion to the magnetic North Pole. Now they are offering 2 to 5 day outings along the Icelandic ice fields in their specially made Toyota Hilux Invincible Double Cabs. The Hilux Invincible Double Cabs come with 38-inch tires able to grind through deep snow and drive over iced surfaces.

The company began a partnership with Toyota Iceland back in 1990 to help convert models to handle the most rugged terrain in the country. The company has prepared vehicles for trips to both the South and North Poles.

Toyota is now also offering a high-powered Hilux fitted with a 3.0 liter D-4D engine in an Invincible Double Cab edition.