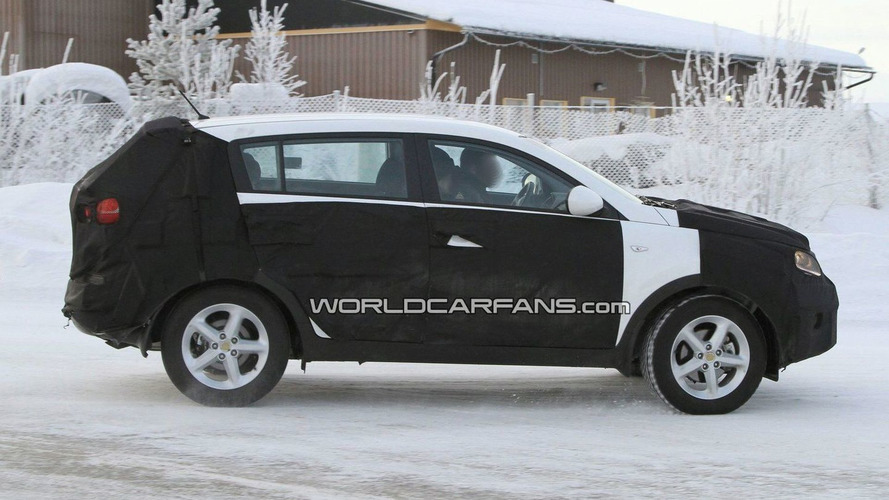 New Kia Sportage caught winter testing. Patent office images reveal complete design. The new Sportage is set for debut at either the Geneva auto show in March or the Seoul show in April.

Here are the latest images and winter-testing spy photos of the upcoming new Kia Sportage.

Automakers always have to register their new models with government patent offices, lest some other, less scrupulous automaker elsewhere dares to rip-off too much of their design. And sometimes the images they submit get discovered/leaked. Such is the case here, as these images of the new Sportage from the EU Patent Office files have been obtained.

The next-generation Kia Sportage is a compact SUV that competes with the likes of the Toyota RAV4, Ford Kuga and VW Tiguan. It will share a platform with the ix35 (aka Tucson) from sibling brand Hyundai. Design cues from the Kia Sorento, such as the roof-line and windshield rake, are evident here.

Engines available on the new Sportage will likely include the same 2.0 liter petrol/gasoline powerplant with 165 hp (123 kW) from the ix35, as well as a 2.0 liter R-series diesel with 180 hp (135 kW). For the North American market, Kia may want to offer something bigger, such as a V6 petrol/gasoline. A 6-speed automatic transmission will be in the offering too.

The new Kia Sportage will likely debut at the Geneva auto show in March or the next month at the Seoul show in April.