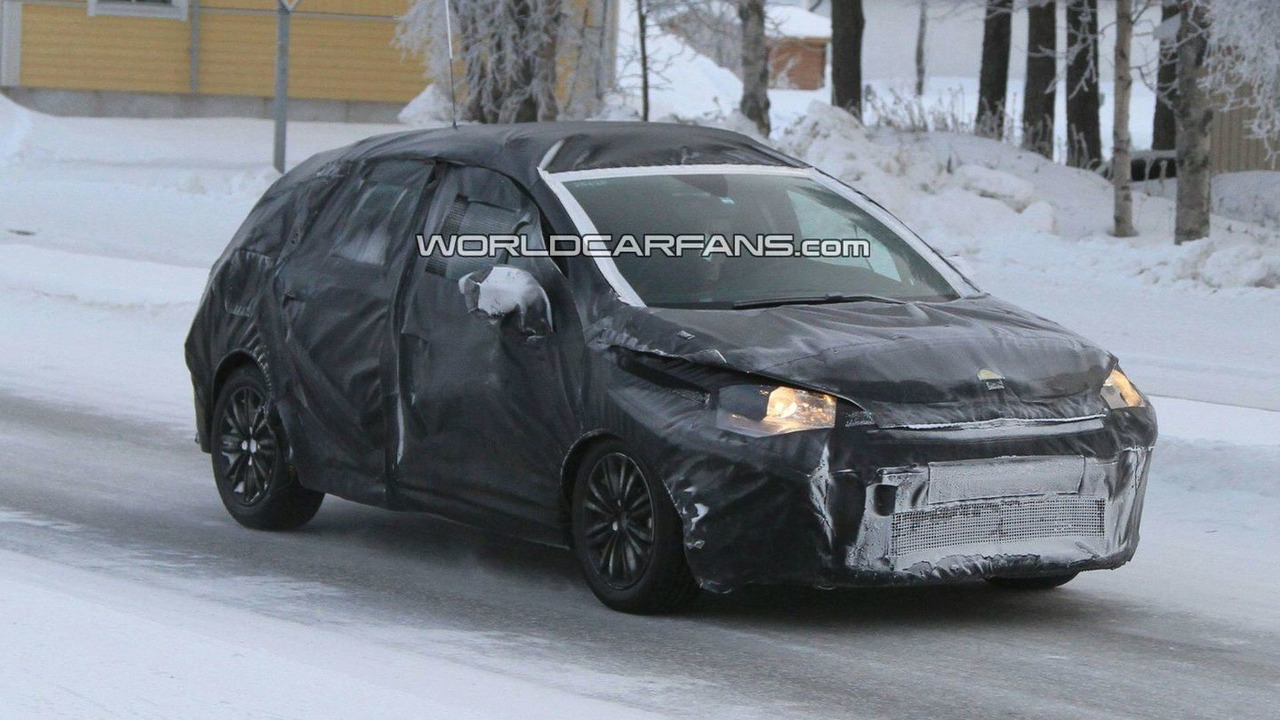 We have the latest spy pics and details about the 2011 Citroen C4, still testing ahead of its Paris Motor Show debut.

Look for the Citroen C4 to have a similar redesign as the new Citroen C3.  This can be seen at the prototype's grill, steep windshield, and roofline.  The shape will translate to the higher-end Citroen DS4 as well.

The second version of the C4 is expected to be sold with new powertrain options, possibly including a hybrid.  Some have speculated that this could be either petrol/electric or diesel/electric.  A three-cylinder engine has also been speculated for the car.

Once Citroen releases the C4 hybrid, the company may also progress to a C5 hybrid.  Citroen will introduce the 2011 Citroen C4 to the public in September at the Paris Auto Show.